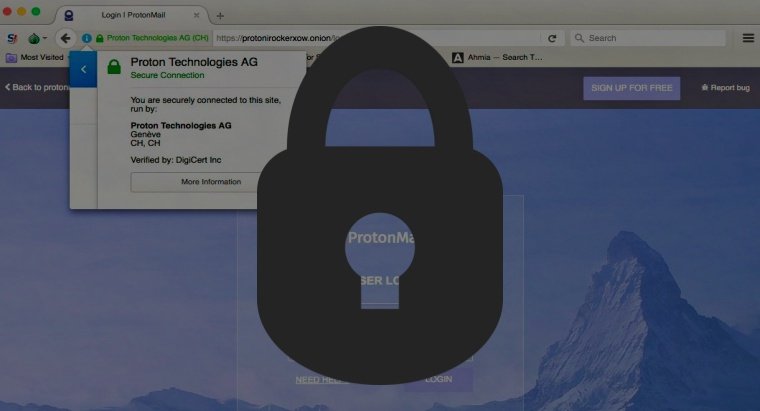 The world-renowned encrypted email service provider ProtonMail is back in the news for yet another good reason. The Switzerland based firm has announced the launching of “the world’s first encrypted contacts manager” called ProtonMail Contacts which works with ProtonMail’s email system and aims at protecting user data.

The contact manager equipped with two highly sophisticated features including zero-access encryption and digital signature verification. Zero-access encryption works in a way that despite being its creator, even ProtonMail cannot access or view the data stored by a user on the server while digital signature verification makes sure no third-party can temper or access user data.

“Combining encryption with digital signatures provides powerful protection that guarantees not only the privacy, but also the authenticity of the contacts saved in ProtonMail, and reduces the need to trust ProtonMail, as even we cannot access or change this information without your knowledge,” said ProtonMail’s co-founder, Dr. Andy Yen in a press release.

With the help of the manager, a user can choose to encrypt any field of their contact data such as name and phone number. Moreover, the system generates a new private and public key pair that is used exclusively for encrypting contacts that ProtonMail cannot access whatsoever.

The private key is generated on the client side and encrypted using a derivative of your password which the company cannot access, meaning that ProtonMail can never access your contacts private key. Encrypted contact fields are encrypted with your contacts public. Digital signing is done by signing the data with your private key which allows the authenticity of the data to be conclusively verified on each subsequent data access.

ProtonMail Contacts will be automatically available to users with its upcoming Version 3.12. This is a great initiative by the company since their email service is being used by millions of users worldwide which include privacy advocates, whistleblowers, journalists, government, and military officials or anyone looking to protect their online privacy from malicious elements, especially in the post-Snowden era.

“If you are a journalist with a confidential source,” writes ProtonMail in a blog post, “it is very important to protect the phone number or address of that source.”

Since its launch in 2013, ProtonMail has been offering innovative ways to protect their privacy, for example; in June this year, the company launched free VPN service with “No Logs Policy” called ProtonVPN to fight online censorship.

In January this year, ProtonMail launched its Dark Web domain that can be accessed using  Tor browser or by adding “onion.link” at the end of the onion site. Tor is known to the world as a platform for online freedom and guarding against state surveillance and censorship.

For those who are online from their smartphone, the company has also launched Android and iOS apps.