A San Francisco Bay Area based artist and designer Ted Kessler has always yearned to merge art with science. A bachelor in Digital Arts from the University of Oregon, Kessler has rich background in digital imaging, web programming and music.

This infatuation basically paved way for the creation of the 3D Ear to Hell, Kessler’s senior project.

The Ear to Hell is an expansion of Kessler’s 3D printed speaker project. He calls it “an effort to make an art tool with a unique voice and tonal characteristics for use in rock-type music production.”

Although his preliminary 3D Printed Speakers project was far more utilitarian but Kessler says that the Ear to Hell will stand on its own as an art piece that works as a speaker too. It includes a much bigger and powerful magnet, a bigger-diameter voice call, a smoother coil former, a cone that is double the size of the first speaker along with an additional smaller cone and a sealed enclosure made from acrylic.

Kessler explains how he created The Ear to Hell:

“I built the amplifier specifically for this project, but it can be used for other things as well. I wanted to use a clean amp that didn’t need a preamp, as opposed to my last project: the HP speaker amp I was using sounded like it was boosted in the low-mids through normal speakers, which is something I didn’t want. I put the amp in the case of this antenna-TV sync thing that I found at Goodwill, and I remade the front panel. I used it because it has a tiny internal speaker mounted to the top already, and I thought it’d be cool to make a tiny combo amp out of it that plays out of the internal speaker when no speaker cabinet is connected, but plays through the speaker cab when one is connected.”

Kessler believes that the most critical part of the project was its materials and that he was intent on taking the “age-old design of the speaker” and transform it into a modern 3D printing technology enabled one.

According to Kessler this was basically “an experiment in inventing a new tone as a tool for musicians. Speakers were invented between the 1860s-70s and have more or less been constructed with the same materials since,” Kessler says. “There was something interesting to me about reproducing a classic design with a cutting-edge technology and modern materials, so I did that. As the speaker’s utilitarian and scientific roles have been fulfilled for decades and are now used as art tools, I wanted to treat them as art tools.”

3D printing has been doing some amazing stuff. From wirelessly power-driven desk lamp to 3D print human skin, from curing kidney tumor to 1st 3D Printed Titanium Jaw Implant, the list is never ending and the best thing is that it’s result oriented and flawless until now. 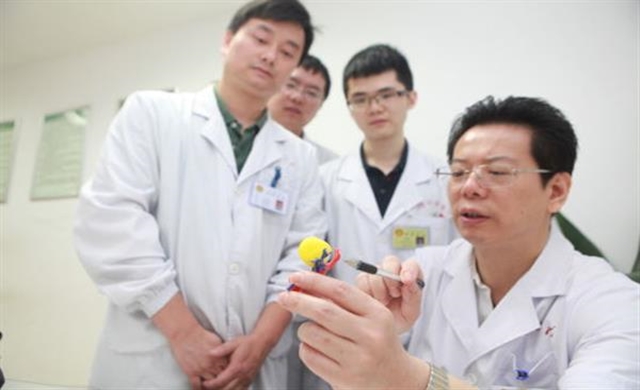 When it’s about performing surgeries on vital organs, today’s advanced imaging techniques such as CT scans, MRIs and…
byWaqas