Cybercriminals are taking full advantage of lockdown amid Coronavirus. At least this is what the new figures have revealed. Researchers have released the latest statistics on worldwide malware infection trends during the last 30 days, and the results are quite alarming especially for educational institutions and the business sector.

According to Atlas VPN, the firm behind compiling these trends, in the past 30 days, about 404 million malware worldwide infections have been identified. This suggests cybercriminals carried out at least 10 million infections per day. Surprisingly, over 64% of the attacks were targeted against educational institutions.

According to Kaspersky’S Cyberthreat map, Central Asia remained the prime target of local cyberattacks with 32% infected devices identified in Tajikistan and 31% in Uzbekistan while 27% of devices used Kaspersky antivirus solutions were exposed to malware in China. 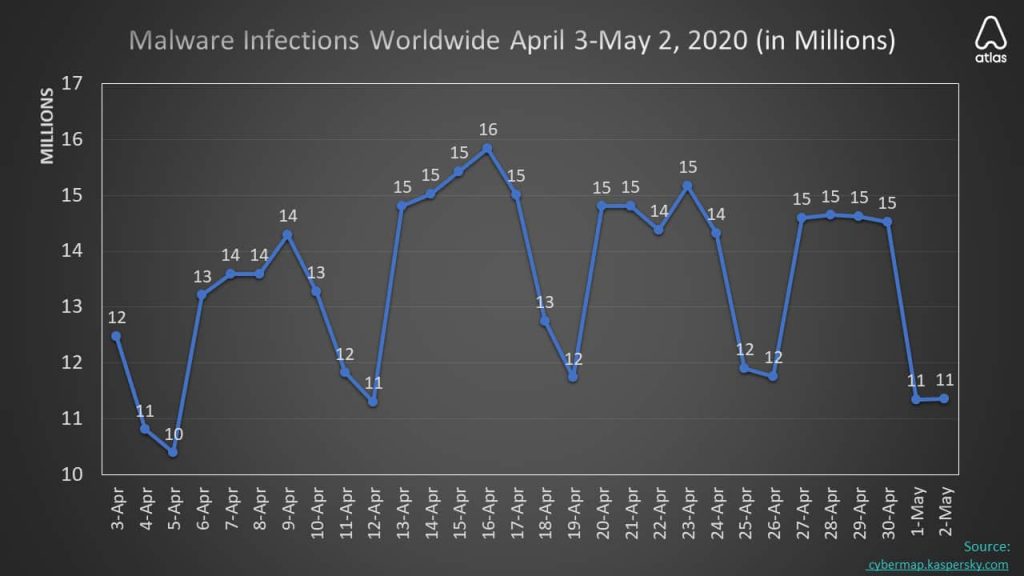 On the other hand, Microsoft claims to have identified 6.5 million malware infections targeting different industries. After the education sector, business and professional services were targeted the most with 623,000 incidents of cyberattacks or 9% infection rate. The retail and consumer goods sector came in third claiming 8% of total incidents or 540,000 cases.

The financial and insurance services sector received 5% of the global malware infections and Microsoft identified around 330,000 cases in this domain of service. Healthcare was the fifth most targeted sector receiving 4% of worldwide malware attacks or 270,000 infections. 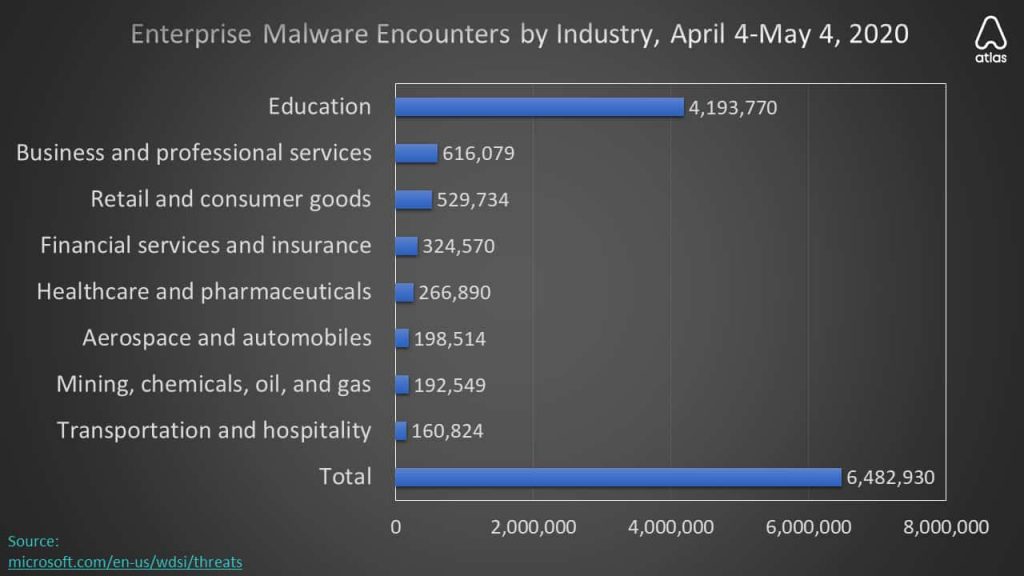 The number of malware attacks is expected to rise during the exam period. Hence, if schools are planning on holding exams remotely, they should prepare and get experienced IT specialists to check the systems to prevent sensitive information from being stolen, warned Atlas VPN’s Anton P.