Are you looking for an Android emulator to play your favorite games? Your mobile phones are filled with apps, photos, videos with nearly no room. It gets sluggish when your play games for a while, which gets you into a bad mood instead especially in the ongoing self-isolation due to Coronavirus pandemic.

Or you want to test an Android OS, but, don’t have an Android phone, or you want to customize your Android operating system without worrying about bricking your device. You need an app testing environment to do all of that. 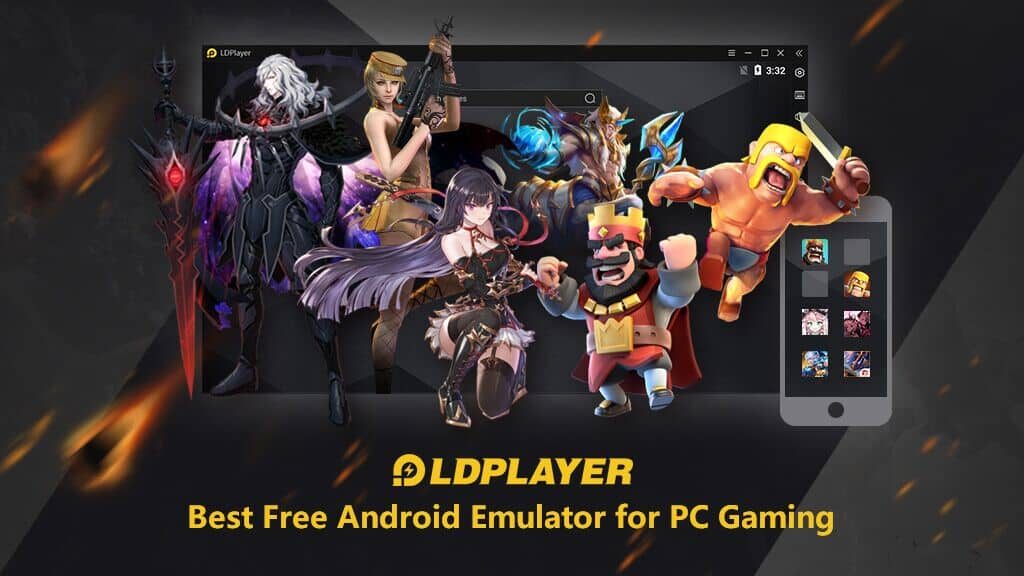 LDPlayer is a free Android emulator for PC. The new and powerful Android emulator with enormous potential is dedicated to Virtualization Technology, it gives stable and excellent performance for a range of games like Free Fire, Mobile Legends: Bang Bang, Ragnarok M: Eternal Love, etc. The developer has regularly updated LDPlayer, it’s normal to find that games have been optimized on LDPlayer. More than that, a bunch of game titles are in LD Store, or you can install games via a built-in Google Play Store.

Like other Android emulators, it features the usual array of game-oriented features like keyboard mapping, APK Installer, multiple instances, script recorder, etc. You can set your key mapping at will, or use one that LDPlayer set for some specific games. For example, there is a LOL Mode for you to play Mobile Legends: Bang Bang, which will make you feel like playing LOL.

LDPlayer is one of the few up-to-date Android emulators, getting regular updates on a very nearly a monthly basis. The latest version – LDPlayer 4 (LDPlayer 3 is more stable) is based on brand-new Android 7.1, which is faster than any previous version. All in all, it’s a powerful emulator for gaming or general usage. 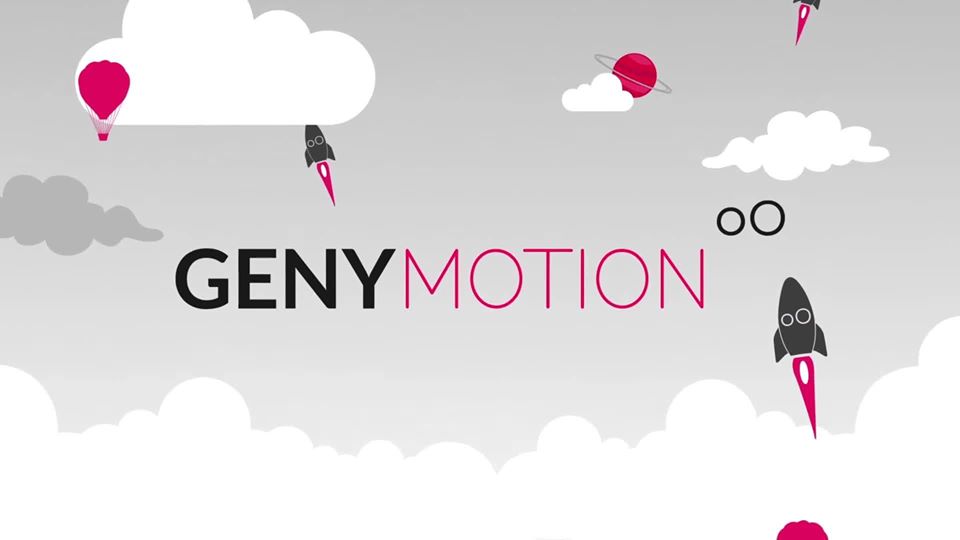 Genymotion is an easy-to-use Android emulator which is designed for Android developers. If you build or test your app on your Linux, Windows, Mac OS X, this one is great. Genymotion for personal use is free. Genymotion Cloud is not free, however, it’s more powerful. You can run Android as a virtual machine in the Cloud to enjoy the best performance with or without a dedicated GPU, run as many virtual machines as you want, according to your needs and use case. For instance, you can increase your testing capacity.

Besides creating any Android device and emulating all Android versions and screen sizes, it’s compatible with Android SDK tools, Eclipse and Android Studio. You can test your websites in various Android browsers, use your laptop webcam as the video source for your Android camera, or test your app with various charge levels and see how it handles those use cases, etc. It can’t play massive games like PUBG or Call of Duty but it’s an excellent tool for APP developers.

Nearly all PC gamers already know this one – BlueStacks. BlueStacks is another Android emulator that focuses on gaming. It thrives on giving perfect gameplay experience for gamers. With that in mind, games can experience 6x faster experience than the fastest Android phone and find more than 1M+ Android games with BlueStacks. Also, it provides many gameplay strategies and videos for gamers.

The best part of BlueStacks is that it supports uncompromising graphics thanks to its Hyper-G graphics quality. However, it can only work in high-end PCs unless it will get sluggish and crash your PCs. BlueStacks also does well in gaming control bringing better gaming control to players. It supports both Keypad and mouse combo as well as external controllers. You can adjust the controls at will. And the Multi-Instance feature allows you to play multiple games simultaneously or play multiple accounts of the same game.

Other than the sponsored ads which can be annoying at times and high requirements for PCs, BlueStacks is an excellent Android emulator for both PC and Mac.

OS: Microsoft Windows 7 and above

RAM: Your PC must have at least 2GB of RAM. (Note that having 2GB or more disk space is not a substitute for RAM)

Up to date graphics drivers from Microsoft or the chipset vendor 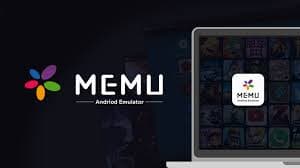 MEmu is an Android emulator that specializes in mobile games. This one is great with a sleek desktop. You can enjoy full Android experience with MEmu. It’s an easy-to-use Android emulator which you don’t need to adjust any complicated settings and configure the controls, just install it and start playing. The only disadvantage of MEmu is that many games can’t be found on it.

With MEmu, you can enjoy flexible customization like CPU, memory size, resolution, device model, etc. For a better experience, you can also map the keyboard/ joystick to screen touch. As other Android emulators, APK Installer and multiple instances are built-in. It’s simple to install APK files from other sources. There’s an APK button on the right of the MEmu interface, click the button and select the APK from your files. Then, it will install automatically and show up on the MEmu desktop.

The interface of MEmu is straightforward with several features. It’s a good choice for those who are new to Android emulators. 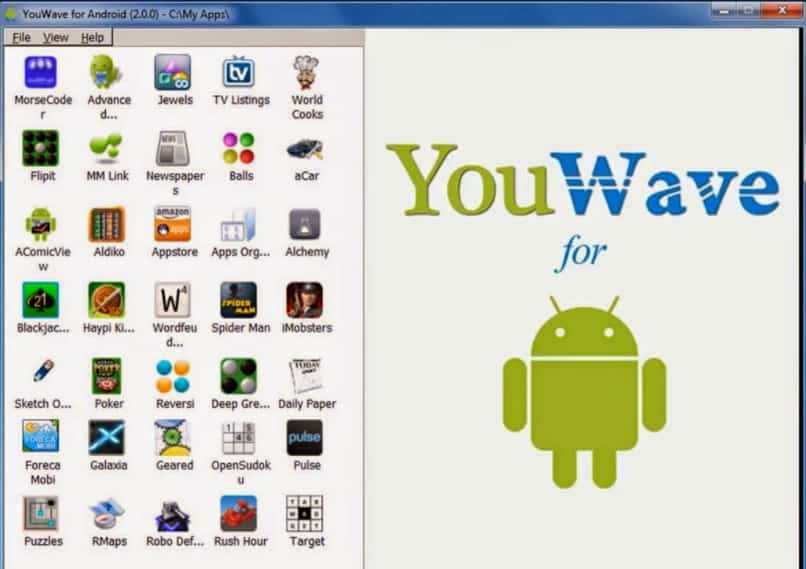 YouWave is another Android emulator for testing apps by creating a virtual Android environment on PC. YouWave Premium Version runs on Android Lollipop (5.1.1), and 4.0 ICS (Free) runs on Windows XP/Vista/7/8/10.

It has SD card functionality which means it enables game saving. The best part of YouWave(Premium Version) is that it’s compatible with Google Wallet and PayPal transactions, which most Android emulators don’t support. In addition, you can open Windows folders and files from the virtual Android environment created inside YouWave. More than that, you can experience dynamic rotating with YouWave that gives an instant response like a real phone. Also, it allows you to test the volume control buttons, which is quite amazing.

All in all, the interface of it is not pretty, however, it’s a solid emulator for light gaming&productivity.

That’s it for our list of top 5 Android emulators, which includes those targets at gaming and mobile app development as well. Pick the one that mostly catered to your needs and your PC configuration. Download it and enjoy full Android experience right now!