The Official News Website of Aljazeera (Arabic) has been hacked and seccessfully defaced by Al Rashedon hackers, who seems to be pro- Bashar Ul Assad. The Hackers left their deface page along with a message on the website with Syrian flag on it. 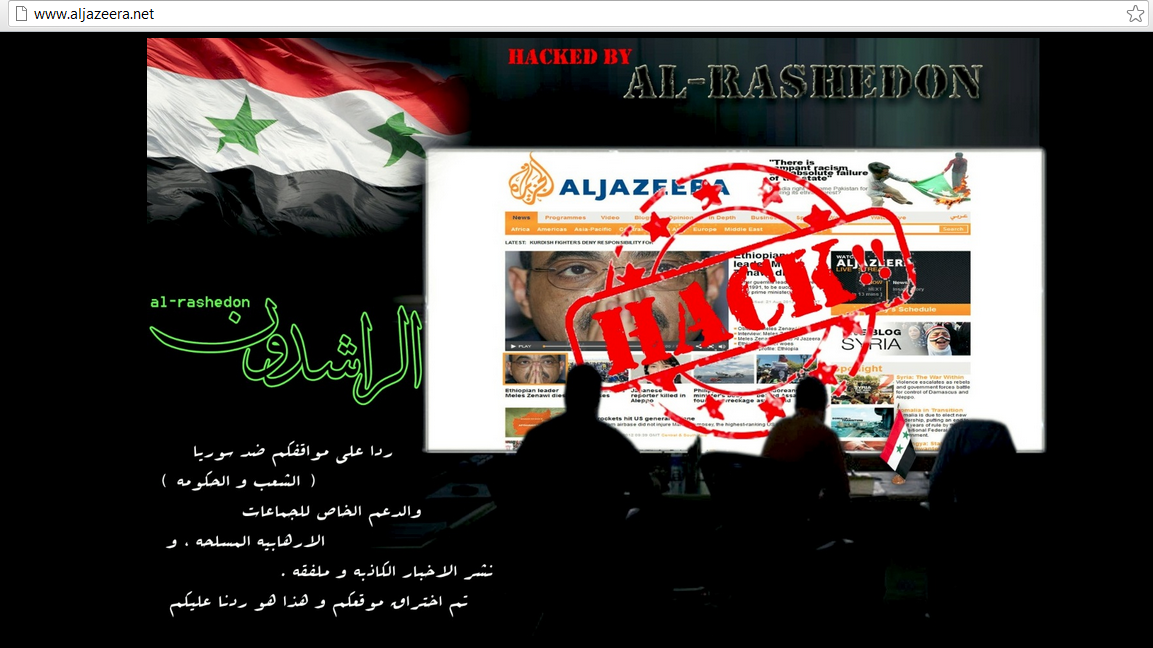 The News network is owned by the state of Qatar through the Qatar Media Corporation and headquartered in Doha, Qatar. Initially launched as an Arabic news and current affairs satellite TV channel, Al Jazeera has since expanded into a network with several outlets, including the Internet and specialty TV channels in multiple languages. Al Jazeera is accessible in several world regions.

This is not the first time when Aljazeera’s website got hacked, just four days ago a hacker by the name of ”The Pro” had also successfully hacked and defaced the news website.

Mirror link of Aljazeera Arabic when hacked by The Pro hacker: http://zone-h.org/mirror/id/16830944

The Pro hacker was also Pro-Asad hacker and had wished death to Aljazeera and accused the network to be Pro-American media with a hidden agenda.

At the time this article was written, the website was still down and showing the deface page uploaded by the hackers.

200+ Universities Hacked and Thousands of Accounts Leaked for #ProjectWestWind

Few hours ago @TeamGhostShell announced a huge hack on their Twitter account, the hack basically contains thousands of leaks…
byWaqas