The online hacktivist Anonymous claimed to have averted a terrorist attack in Italy planned by the so-called Islamic State (ISIS) or Daesh terrorist group.

Anonymous claimed the ”heroic” act on Twitter via @OpParisOfficial account which was created after the Paris terrorist attacks. The hacktivists also claimed that they are silently working on tracking Daesh terrorists by spying on them. 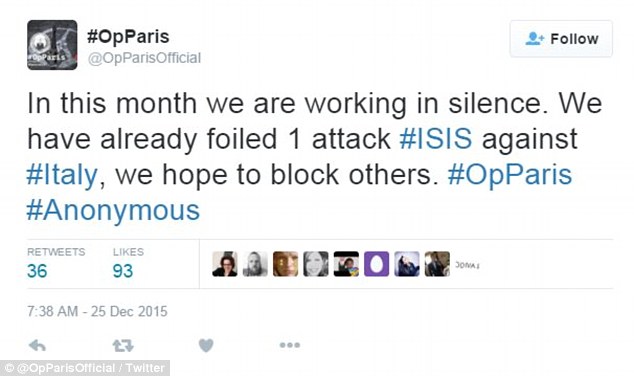 No further details have been provided about the terror plot in Italy nor has the Italian government confirmed or denied if it had received information from Anonymous about the possible attack.

Anonymous has been trolling and conducting cyber attacks on the terrorist group long before the Paris terrorist attacks took place. It was due to Anonymous and its cyber attacks that ISIS was forced to move to the dark web. However, researchers keeping an eye on ISIS’s social media activities claim the hacktivist should spy on terrorists rather than deleting their accounts from the Internet.

It was the same Anonymous group who hacked and defaced the official website of ISIS and replaced it with a viagra advert.

It is too early to say if such operations and cyber attacks would stop terrorists from using the internet to spread their violent ideology, but one thing is sure that Anonymous is serious in combating online and offline terrorism. 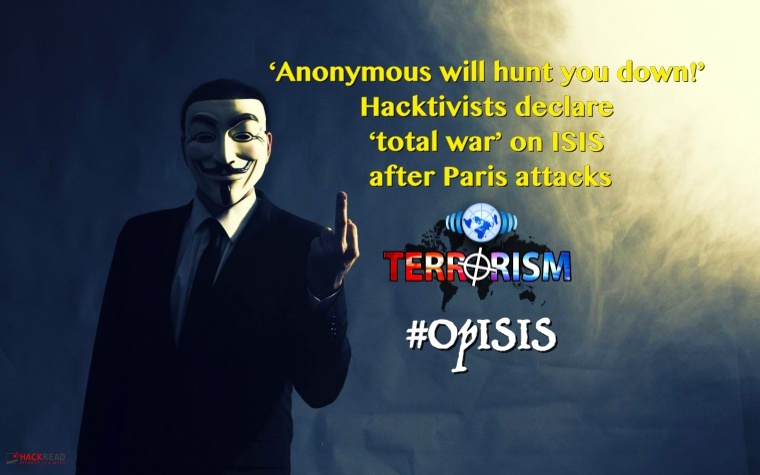 The online hacktivist group Anonymous has announced a new series of cyber attacks against the ISIS/ISIL terrorist group.…
byWaqas 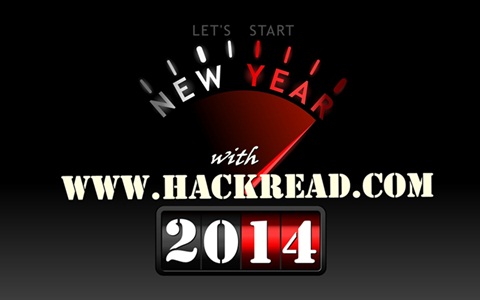 On behalf of ‘’Team Hack Read’’, we would like to wish all our readers a very Happy New…
byWaqas 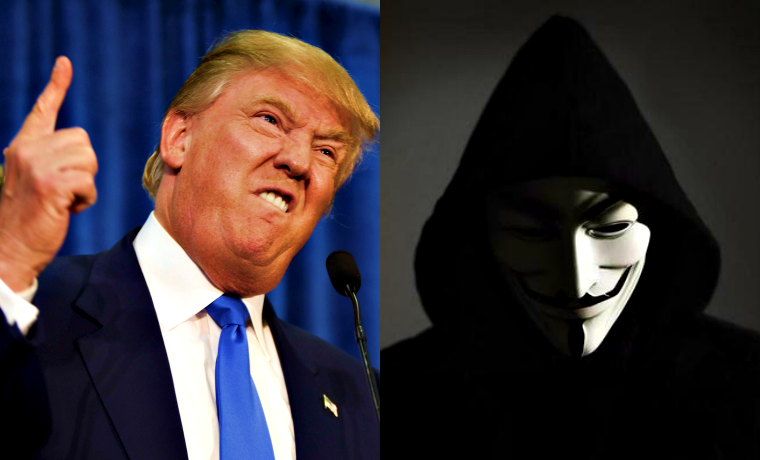