In a reaction to Paris Attacks last Friday, Anonymous declared a war against the ISIS on Monday and were determined to knock ISIS-linked sites and hack their social media accounts which are a big medium of spreading their false ideology and of choosing their sympathizers to spread it.

While fighting this war, the Anonymous yesterday exposed a list of more than a hundred Twitter account users who used to support the ISIS one way or the other. They also claimed to have removed more than 8800 Twitter accounts of suspected IS (previously ISIS/ISIL) sympathizers.

However, during this process of taking and hunting down ISIS related accounts, Anonymous found that the so-called Islamic State use CloudFlare for the protection of its sites from DDoS attacks.

CloudFlare is a service that secures websites online by becoming a proxy between the servers and the visitor. It also ensures the fastest connection of the visitor with the website server with protection against DDoS attacks on the websites.

The Anonymous said that CloudFlare is providing service to the IS website and the find it extremely shameful whereas Matthew Prince the CEO & Co-Founder of CloudFlare said “Anonymous are our clients and we do not censor them either.”

Prince further said that hosting a website on CloudFlare network does not mean accepting and believing their content and there are millions of pages cached inCloudFlare’s server. He also said that it is a bit ironic that Anonymous are pushing them to drop website from CloudFlare server.

In the past, Anonymous blamed CloudFlare for protecting terrorism-related sites in April 2015 during the first phase of OpISIS.

This Tuesday, Prince told Register “I did see a Twitter handle saying they are mad at us. I would suggest this was armchair analysis by kids – it’s hard to take seriously. Anonymous also uses CloudFlare for some of their sites, despite pressure from some quarters for us to take Anonymous sites offline.”

While his talk, Prince said if the cops with legal documents to take down a site come to San Francisco and ask him to do so, only then he is ready to cooperate. According to Mr. Matthew Prince, this time its Anonymous who are asking him to take down a website, next time someone else may ask some him to take down some other website due to their personal grievance. This is not how things work.

Prince also mentioned another such case from a few years back when a hacker stole and posted the information about Prince’s tax files on CloudFlare hosted website but he did not take the website down but later on that website was taken down by the US officials as the hacker did also post personal data from Michelle Obama and the FBI head.

Prince stated that he understands very clearly that the Paris attacks were one of the saddest incidents ever but said that we have to learn from America’s mistakes.

He explained, “My European friends were very quick to criticize the US post-9/11 because of the Patriot Act. There were plenty of people who said that you can’t trust any US tech firm because of it. I have a feeling now that Europe will have its own reactionary reaction, and then EU companies won’t be trusted.” 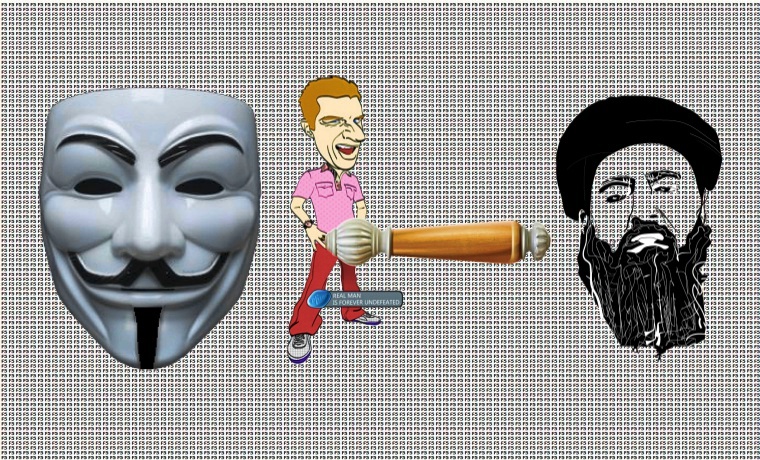 Just a week after the news of ISIS moving their online operations to the dark web, one of…
byWaqas