On May 10th, 2018, the online hacktivist group Anonymous conducted a cyber attack on the official website of Russia’s Federal Agency for International Cooperation (Rossotrudnichestvo) by hacking and defacing its subdomain against the ongoing censorship in the country especially the recent ban on the encrypted messaging app Telegram.

If you are not familiar with the situation in Russia, in April this year, Telegram app (along with millions of IP addresses) was blocked in the country after the company declined the request of handing over encryption keys of its users to Federal Security Service (FSB) of Russia for investigation purposes.

Then on May 3rd, 2018, Russia’s media and communication regularity authority Roskomnadzor blocked over 50 virtual private networks (VPNs), Web Proxies and Anonymizers amid its crackdown against the Telegram messaging service.

However, in an unexpected cyber attack, the world-renowned Anonymous group defaced one of the subdomains of Rossotrudnichestvo with NSFW image and messages against the ongoing censorship. According to the deface message:

“Greetings, Roskomnadzor. Your recent destructive actions against Runet led us to the idea that you are just a handful of incompetent brainless worms. You no longer have to be able to continue this pointless vandalism. Consider this as our last warning. Yours, Anonymous.”

At the time of publishing this article, Rossotrudnichestvo’s main website was up and running, however, the targeted subdomain was still offline.

Although Rossotrudnichestvo’s defacement cannot force the Russian authorities to end the ongoing censorship the surprise comeback of Anonymous hackers, however, is a positive news for anti-censorship movements.

Famous Pakistani hacker Shadow008, who is known for his high profile hacks has now done a major damage to well…
byWaqas 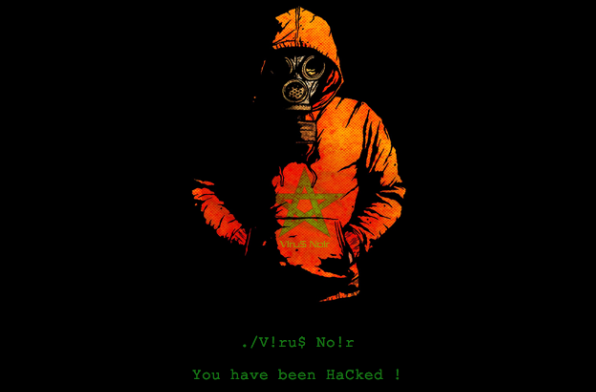