The online hacktivist group Anonymous was furious over the Thailand government passing the Internet surveillance and scrutiny law and to register their protest the group leaked highly sensitive data from the ministry of foreign affairs and Thai Royal Navy but with the arrest of nine hacktivists and one among them being charged the anger has now turned into rage.

That’s why the group has hacked the official website of Thai LA consulate on 27th December and defaced its homepage with a brief message against the arrest of 9 suspects. The suspects were arrested about three days ago but in an exclusive conversation with Anonymous hackers behind these cyber attacks, they told HackRead that the suspects had nothing to do with DDoS attacks on the Thai ruling party and neither did they have anything to do with the data leak. The hacktivists also claimed that they are not even in Thailand.

As far as their latest hack is concerned the message left by Anonymous clearly shows the anger among the hacktivist community. Here’s a full preview of the deface page: 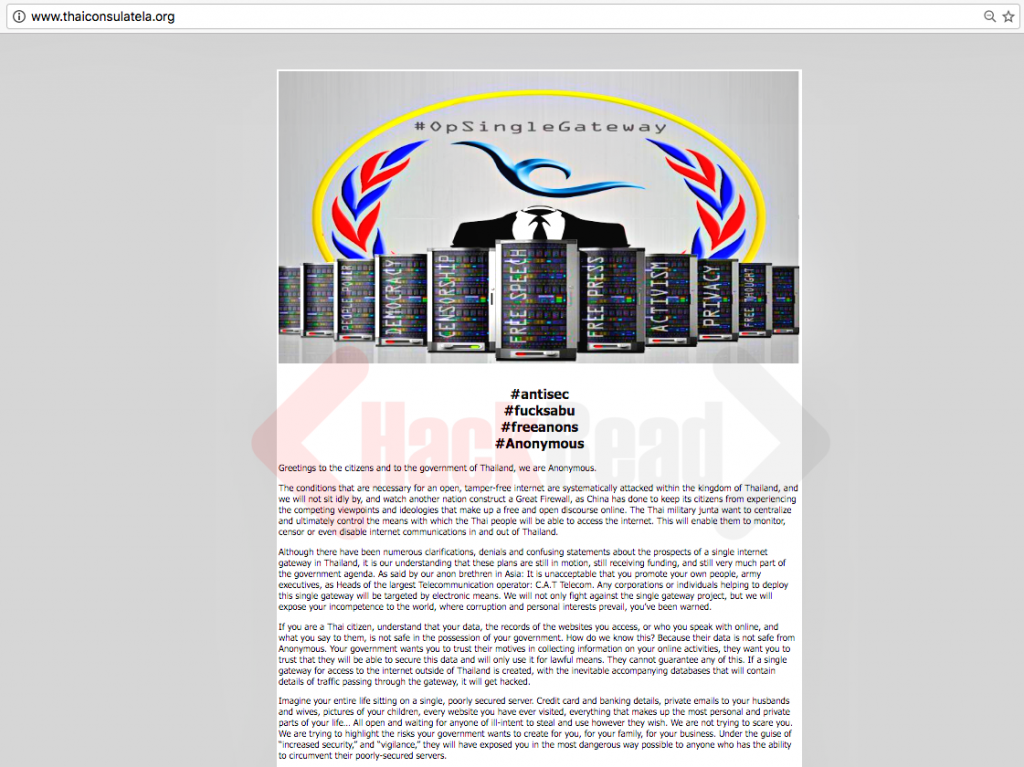 Other than the defacement, Anonymous also leaked data from the hacked Consulate website that includes names, emails, ID card details, phone number etc of 900 people. However, to protect the privacy of civilians hackers have only leaked names and emails.

Remember, the protests against Internet surveillance law goes back to 2015 when Anonymous hacked the Thai police server and leaked a trove of data. Before that, the same hackers leaked sensitive data from a state-owned telecom company CAT Telecom Plc and vowed to never back down from the protest.

At the time of publishing this article, the targeted site was restored and available online.