Anonymous Hacker Might Get 16 Years For Exposing Steubenville Rape Scandal

Believe it or not, one of the Anonymous-associated Hackers May receive 16 years in Prison for Exposing the Steubenville Rape Scandal — Meanwhile, rapists exposed by the hacker are already free.

For many of us, Deric Lostutter may seem a hero of sorts as it was due to his efforts and presence of mind through which the violent rape of an underage girl in Steubenville, Ohio, was exposed. However, the federal government tends to think otherwise, which is why Lostutter, an alleged Anonymous associate, is being tried in a federal court for four counts of felony hacking.

If the court finds him guilty, he may get 16 years in prison. However, the accused has pled not guilty. The trial is supposed to begin on November 8th and it will be a one week trial.

According to the Lostutter’s defense, the prosecutors are putting him on trial for exposing the scandal and turn a hero into a villain only because he used his right to free speech and media to expose a crime.

Lostutter told Mic the same, according to him the government “want to make an example out of me.. for exposing a cover-up.”

Lostutter is the alleged member of KnightSec, an infamous hacking group, and has already taken an active part in the hacking of Hunter Moore, the revenge-porn tycoon, and the Westboro Baptist Church hate group.

“They want to make an example out of me.. for exposing a cover-up.”

Three years ago, the Steubenville rape scandal was exposed with the help of Lostutter. What happened was that an underage unconscious girl was sexually assaulted at school by a group of high school football players. The act was as well recorded by them.

When Lostutter read about the sexual assault in the news, he immediately knew that he had to expose the perpetrators of the crime. He believed that the school’s administration was trying to cover-up the news so as to prevent the school’s reputation getting hurt. So, to expose this cover-up, he allegedly conspired to hacked the local football fan website RollRedRoll and approached another hacker Noah McHugh aka JustBatCat. With McHugh’s help, Lostutter was able to access the website and the administrators’ emails.

Allegedly, both Lostutter and McHugh discovered emails and pictures relating to the Steubenville rape group, and thus, it became quite easy for them to join the pieces and expose those involved in the assault and also those who were trying to cover it up.
Lostutter is being tried under the Computer Fraud and Abuse Act, which is known in the tech fraternity as an outdated, draconian law.

Also, it must be noted that United States’ criminal justice system is still struggling to put rapists to harsher sentences. Take the example of Stanford rapist Brock Turner, who not only received just 6 months in jail for sexually assaulting an unconscious girl but he was also released after three months on grounds of good conduct. In that case, too, a high-profile and respected institution was involved.
In February, an Indiana student had to spend only a day behind bars for conducting a violent rape just because he pled guilty.

Must Read: Anonymous Doxes and Forces Pro-Rape Pick-up Artist To Cancel His Meetings

This is not the first time when Anonymous exposed faces behind rape. In November 2015, Halifax police were forced to re-open investigation in a sexual assault case after Anonymous exposed the identity of the alleged culprit. 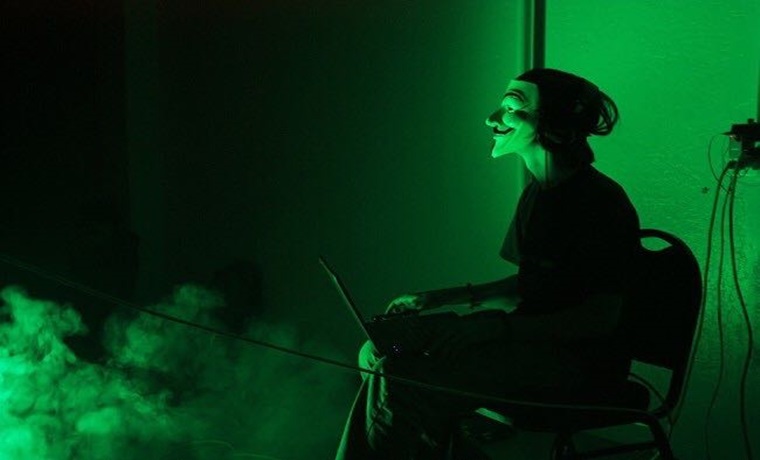 Just hours before the Paris attacks, Facebook blocked a group “Report ISIS accounts” that was made by anonymous…
byUzair Amir