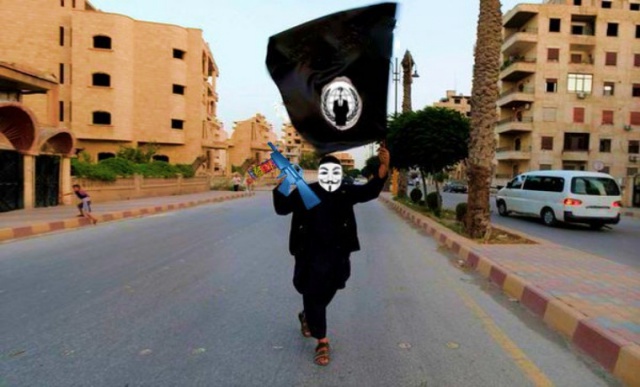 Anonymous is known for exposing social media accounts of users sympathetic to the so-called Islamic State group. The hacktivist group has so far shut down thousands of their Twitter accounts and other online platforms.

On the other hand, pro-ISIS hackers have been involved in targeting private as well as government-owned websites or leaking the personal information of the US military officials.

However, there’s no doubt that the hacktivists are not only good at cyber attacks but also in trolling. One good example is the last month’s hack in which the group with a viagra advert and asked the terrorists to calm down.

However, yesterday evening YourAnonNews (YAN), one of the largest Anonymous accounts on Twitter with 1.59 million followers started tweeting some photoshopped images and memes to troll the ISIS’s supporters. So here are some of YAN’s tweets which will reveal the humorous side of the hacktivist group.

We hacked another ISIS website and another member has been identified and confirmed. pic.twitter.com/gAx1UoMJhk

We did it for the lulz pic.twitter.com/65k64aoa0P

OH SHIT! It's the internet pic.twitter.com/V3IDhQUMVp

This is not the first time when Anonymous has trolled the terrorist group. In the past, the hacktivists spammed a list of over 750 Twitter accounts with Japanese anime characters.