Activists in Ukraine are fighting a battle on ground, while hacktavists are putting their share online. The Anonymous Ukraine, in an email to us claimed that it has hacked and leaked hundreds of email conversations belonging to Vitali Klitschko’s Ukrainian Democratic Alliance for Reform of Vitali Klitschko Party (UDAR). Hackers have uploaded the hacked email conversations on different uploading sites, divided in 9 links. After analyzing the leaked conversation, I have found conversations carried out from udar.chernivtsi.red@gmail.com. However, all emails are in Ukranian language; hence hard to understand or verify for now.

Anonymous Ukraine left a message that explains the reason for targeting UDAR party:

Anonymous also requested people to go through the leaked documents:

Hacktivists also requested the President of Ukraine to restore peace and stability in the country:

The leaked emails and documents are available here.

On first Feb, 2014, hacktivists from Ukrainian neo-fascist ‘Svoboda’ party had hacked and defaced more than 30 Ukrainian government and media websites against the ongoing unrest. 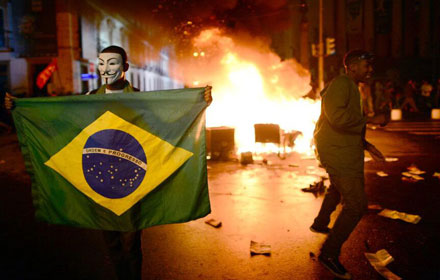