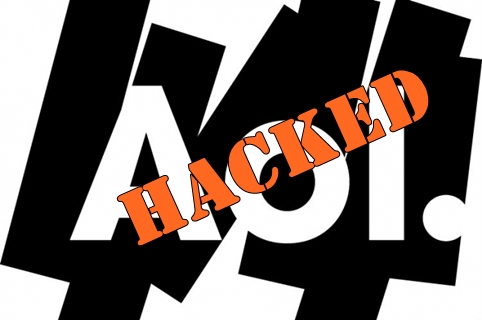 The AOL website has confirmed a security breach that could have compromised AOL users’ sensitive personal information such as email passwords, postal addresses, and answers to security questions on Monday.

AOL is investigating the breach, which initially started once they noticed a significant increase in amount of spam, as spoof emails, from the AOL mail addresses.

We are writing to notify you that AOL is investigating a security incident that involved unauthorized access to AOL’s network and systems,” read the website.

Spoof mails are one of the old tactics used by spammers to trick the recipient into opening a message that comes from a known email account. About 2 percent of AOL account holders’ information have been breached, says the blog.

It confirmed that the information hacked included:

AOL users’ email addresses, postal addresses, address book contact information, encrypted passwords and encrypted answers to security questions that we ask when a user resets his or her password, as well as certain employee information.”

AOL was not sure if any encrypted financial data were accessed, but they are working with external forensic experts as well as federal authorities to investigate the crime.

Our security team has put enhanced protective measures in place and we urge our users to take proactive steps to help ensure the security of their accounts.”

Meanwhile, AOL has notified the affected users and has listed out the protection measures a user can undertake to shield itself from cyber attacks, besides resetting passwords for any of the AOL services used for the present attack.

So in case you are an AOL user, please change your password along with security answers and backup emails.

Facebook Twitter LinkedIn Pinterest
Previous article #OpJustina: Anonymous allegedly Targets Boston Children’s Hospital against Justina Pelletier custody.
Next article Facebook shares your data but what about WhatsApp? Do you still want to use it?