In a state where enthusiasts are puzzled and biased by many inaccurate comparisons and reviews, HackRead provides one of the best reviews for you to assess and take a firm decision. So, the hot topic ‘iPhone 5 vs. Samsung Galaxy S3’ is now going to be scrutinized in-depth, providing a comparison of high-tech features installed in both of these Goliath!

Apple iPhone 5 possesses a unique design with a body made purely from glass and aluminium along with a metal casing, where the layer of glass on the rear is removed to make it as thin as possible. With a thickness of 7.6mm, it ranks above S3 where it is a whole 1mm thin than its rival. Despite having a non-removable battery, its mini-SIM and screen technology takes it far on to higher levels of user satisfaction for sure. In comparison, Samsung Galaxy S3 takes away all the glory with its availability of options for its casing’s color. Specifically, it offers a pebble-blue, marble-white and now a titanium grey color for your ultra-thin back cover. The finishing and build quality is exceptional, where the chances of it getting slipped from your hands are minimized. The weight of the Samsung Galaxy S3 is quite heavier than that of iPhone 5- Apple iPhone 5 weighs 3.9 oz while Galaxy S3 is 0.8 oz heavier (4.7 oz). 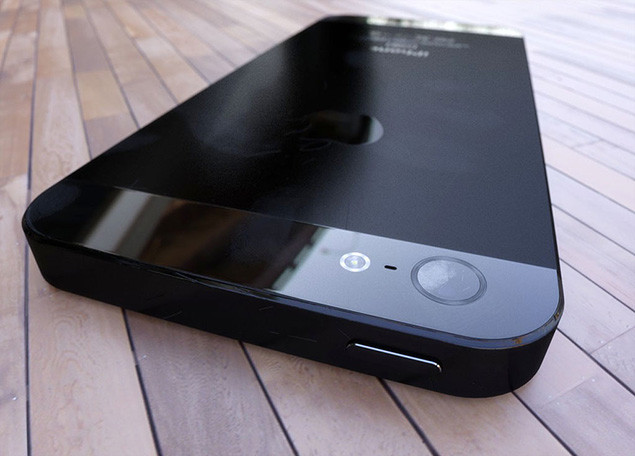 Apple surprised the market by introducing its smart phone 0.5in taller than its predecessor. Its 4-inch screen offers the same Retina display of 326ppi, along with an increment in its screen resolution to 1136 x 640. This certainly means that a whole extra row of apps could appear easily on the new Apple iPhone 5. In contrast, Samsung Galaxy S3 remained head high in the competition in terms of its display size and resolution. Its enormous 4.8in HD Super AMOLED screen, is something that is really a plus point for some tech-lovers; though, the width of it (71mm) is more than that of the iPhone 5 (58mm). It offers a screen resolution of 1280 x 720 pixels but has the capacity to display only 306ppi; nevertheless, 306ppi is something you will be definitely admiring.

One would be surprised to see the features being the same to some extent. Both phones have an 8MP with an increased resolution of 3264 x 2448, autofocus and LED flash, but some auxiliary features of both the giants make them standout. Considering the Apple iPhone 5, the phone comes with a camera holding the capability to take some awe-inspiring images in a flash. With a revolutionary f/2.4 aperture and more durable sapphire crystal lens, photo-snapping at night becomes more reliable and effective together with the dynamic low-light mode. Additionally, the iPhone 5 offers a 720p HD video recording from its front-facing camera, where both the front and rear ones can easily benefit from the Share Photo Streams. Coming to the Samsung Galaxy S3, the phone, along with the similarities with its rival, comprises one of the best photo-snapping features in the market. It enables users to take continuous shots at 6fps in the burst mode, then shortlists them under the criteria of best smile & blink detection, blurring and contrast. In addition, the phone also features a 1.9MP camera on the front. Moreover, Samsung assures its fans to have a zero shutter lag and a Face-Zoom feature where one can easily zoom to a face out of thousands in a crowd! 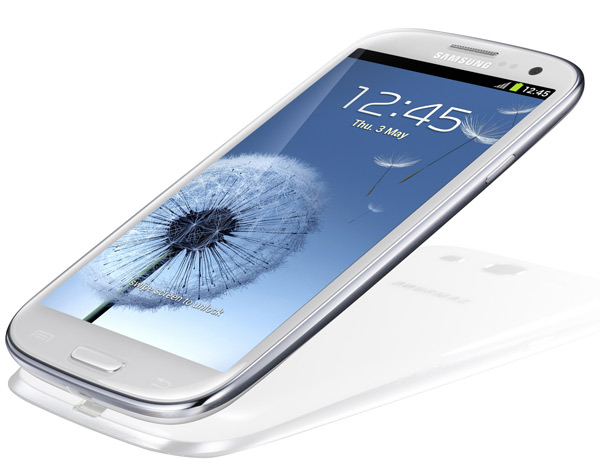 Apple iPhone 5 features its own processor, this time possessing a dual-core A6 chip which is claimed by Apple to offer double the processor speed and faster graphics display. So to all fanatics out there, expect faster browsing, quick launching of apps and improved performance on the whole from the iPhone 5! Where, the iPhone expects to deliver a better show, the Samsung Galaxy S3 has installed their own 1.4 GHz quad core Exynos processor with a reinforcement of 1 GB RAM, enabling rigorous usage of apps. Apart from the processor specs, the flash storage capacity of Apple iPhone and Samsung Galaxy S3 together, comes with 16 GB, 32 GB and 64 GB storage options. The difference is the availability of a micro-SD slot in S3 which enables expansion options, along with 50 GB of free storage on Dropbox that would be enough for the coming years.

Well, as users anticipated, the Apple iPhone 5 has been launched with a new operating system- iOS 6. It guarantees consumer satisfaction in terms of speed and reliability, offering an enhanced interface with plenty of features. Some features include, the iCloud support, FaceTime, and a better Siri than before. Samsung Galaxy S3, consisting of a standard Android 4.0 Ice Cream Sandwich operating system. It has certainly been streamlined, facilitating users with S Voice which directly gives you the charge of functioning it with your voice effectively. Unlike the iPhone’s Siri, it doesn’t provide you with a pithy feedback. The iPhone 5 also features its Apple lightening connectivity ports, while S3 sticks to the micro-USB connectors till now.

The battery is quite the same of the Apple iPhone 5 compared to 4S, having a talk time of 8 hours on 3G or LTE networks, and 10 hours on Wi-Fi. Apple also claims that the iPhone 5 will be able to operate an enormous 40 hours of audio. In comparison, Samsung Galaxy S3 offers a 2100mAh battery which holds the potential to provide 11 hours and 40 minutes on 3G networks to be precise. While on standby mode, the iPhone 5 can run only 225 hours as compared to S3, which can operate 790 hours continuous! In addition, both phones come with Wi-Fi, 2G, 3G, LTE and the new 4G networking facility which the phones offer awesome compatibility.

The war would never end between these two colossal extremes, but just to top it off, Samsung Galaxy S3 is much flexible and reliable, with better speeds and expansion facilities. Even if it possesses a bigger display, some may find it uncomfortable to use. However, the Apple iPhone 5’s premium casing, design, and color may attract users to give an expensive look, giving an attractive look to their personality. Moreover, a 4-inch screen is quite big enough for consumers if display size is a problem. This hybrid method can provide improved predictions from one week before the fire using finer scales (4kmx4km resolution).
byDeeba Ahmed