A couple of days ago we reported about the ongoing cyber war between Armenian-Turkish groups while Azerbaijani hackers missing from the action. But now they are back in the news by hacking the official Twitter account of Russian Embassy in Armenia earlier this morning.

The group behind the hack is Anti–armenia Team who defaced the Twitter account (@rusembassyARM) with Azeri flag and left several Tweets against Armenia and Russia.

HackRead got in touch with the Anti–armenia Team who said that the reason hacking the Twitter account was to register protest against one of the statements from Russian government asking Azerbaijan to stop attacking Armenian forces in Nagorno-Karabakh region.

Here are some of the screenshots of the Tweets sent by Anti–armenia Team:

One of the tweets also accuses Russia of secretly helping the Armenian forces in the Nagorno-Karabakh region. 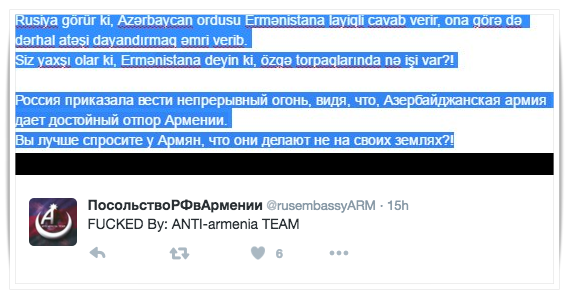 Translation: As the Russia sees that Azerbaijan answers Armenia as it deserves, immediately orders to stop the fire. It is better for Russia to ask Armenia what her soldier is doing in the territory of Azerbaijan?! 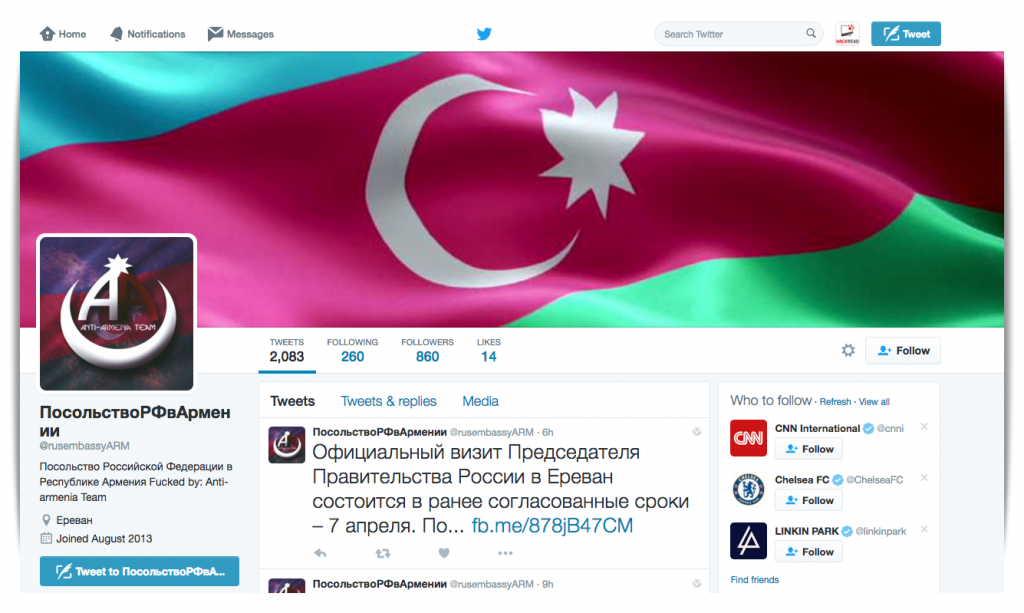 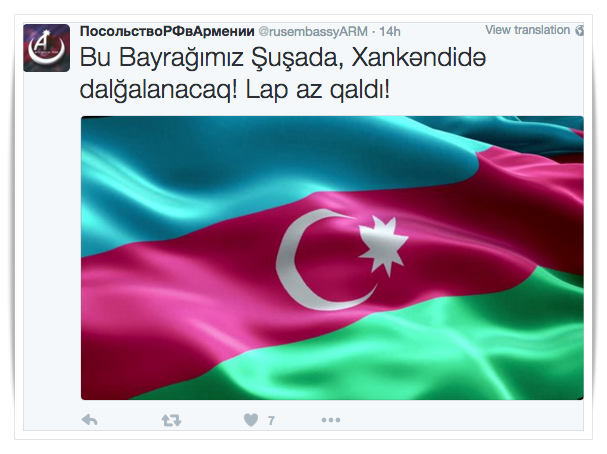 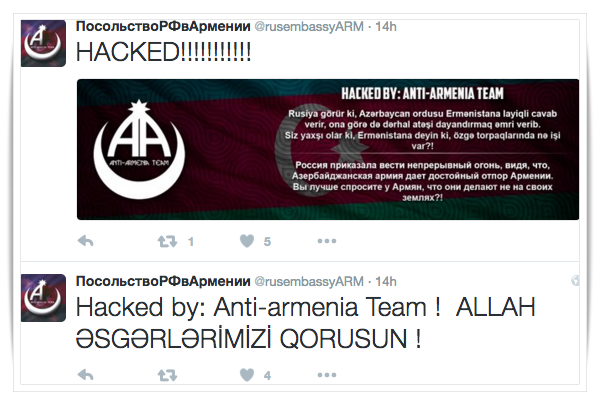 Although the hacked Twitter account is not verified nor it has a lot of followers, the hack is good enough to deliver the message amid Nagorno-Karabakh dispute. However, the account is linked to the official Facebook page for the Russian Embassy of in Armenia.