In a shocking news reported by Chinese media, the security researchers have reveled that there are more than a million smartphones in China have been infected with a deadly Trojan horse malware. The experts have referred infection of so many devices as a botnet, which has the ability to be controlled by a third party. It can be a hacker or a cyber criminal but purpose to do so is to remotely access the smartphones for credit card stealing and fraudulent transactions. A State administrated Xinhua News Agency has reported that Trojan horse malware was first found in 2011. The affected users are using Google’s Android platforms. The users are infected by simply downloading smartphone apps on their phones via non-Google app store.

China has one of the largest mobile phone using population in the world, experiencing a huge 18% increase of mobile users then the past year.

The firm has warned users to be careful and not to download apps from un-certified store or the disaster is own its way. 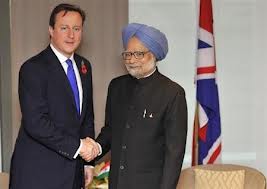 It is not happening on Dark Web but Instagram. Instagram has become much more than a platform to…
byWaqas