Facial recognition machines have been installed in public toilets in Beijing’s most famous Park, Temple of Heaven. These machines are on trial to avoid the waste of toilet paper, as it has been excessively used by “some tourists.”

So be prepared to use a limited 60-centimeter-piece (that has been upgraded from one-ply to two-ply) given to each user after having their face scanned in the main toilet’s entrance. The sensor will not dispense more paper to the same person until after nine minutes have passed.

The park has been aware of “paper waste” problem for years, which began shortly after it started dispensing free toilet paper in 2007. According to China Radio International, there were a number of cases in which users were stealing toilet paper rolls from the bathroom.

“We think it’s the only way to avoid wasting toilet paper,” said the park spokesperson “If we encounter guests who have diarrhea or any other situation in which they urgently require toilet paper, then our staff on the ground will directly provide the toilet paper.”

The campaign “Use Paper Economically, Spread Civility,” was launched this month by Beijing Municipal Office on the Weibo social network (Chinese Twitter) to aware the visitors about the responsibility of the public facilities usage and to ask visitors to “take an appropriate amount of toilet paper with no wastage from public parks.”

The first set of machines was installed in several public restrooms in Beijing’s Olympic Park last year. It counts with a total of 20 devices, and according to the authorities, it has generated a saving of 2,100 yuan per month ( About $ 300) per each bathroom.

According to one of the park’s manager, before installing this system, an average of 14 rolls a day were spent in each restroom, “and now we only spend 4”.

On the other hand, if you have a twin bring your own toilet paper roles for extra use.?? 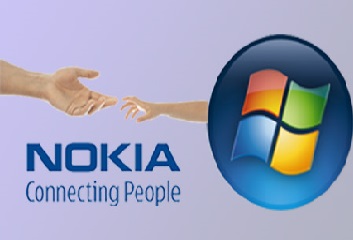 Microsoft takes over Nokia’s Cell Phone Business in $ 7 Billion: what will be the effect on Microsoft’s shares and revenues?

Microsoft Corporation has entered into a $7 Billion agreement with Nokia purchasing its cell phones and devices business.…
byWaqas

It is a fact that around 8% of the world’s populace cannot see colors properly, that is, some…
byCarolina