The world-renowned carbonated soft drink producer Cola-Cola has announced that it has suffered a data breach in which personal data of 8,000 workers have been impacted.

According to a security notice fromCoca-Cola, the breach was not a traditional one rather the company was informed by law enforcement authorities that a former employee at a Coca-Cola subsidiary was found in possession of a hard drive appeared to have been misappropriated from Coca-Cola.

The incident took place in September 2017, however, law enforcement officials requested Coca-Cola not to publicize the matter back then due to ongoing investigations. Now that the investigations have been concluded Coca-Cola has confirmed that the hard drive contained some documents belonging to its workers.

“We take the protection and proper use of your information very seriously and we deeply regret that this happened,” Coca-Cola said in a statement to its workers.

Coca-Cola believes that the breach may have allowed unauthorized individuals to gain access to certain personally identifiable information (PII). However, it is unclear if the information was used to commit identity theft. The company is also offering free identity monitoring for one year.

This is not the first time when an insider has done damage to the company they worked for. Previously, an ex-Marriott employee hacked into Marriott’s hotel reservation system and slashed up to 95% rates on more than 3,000 rooms.

Last year, a 29-year-old Barclays banker was jailed for six years and four months for assisting two cybercriminals to launder more than £2.5 million ($3 million) from Barclays Ealing, London branch where he worked.

In April this year, a 59-year-old US female was arrested for hacking into her previous employer’s internal networks and creating havoc by sabotaging the day-to-day activities of the company – The accused was a former employee of Peninsula Airlines or PenAir, an Alaskan regional airline.

If you own a business and fear that insider threat can destroy your company, check our detailed write-up educating business owners about managing insider threats with internal monitoring. 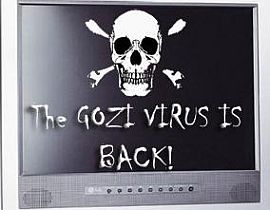 The trend of generating cryptocurrency is increasing, thanks to the growing popularity and rise in the value of the…
byWaqas