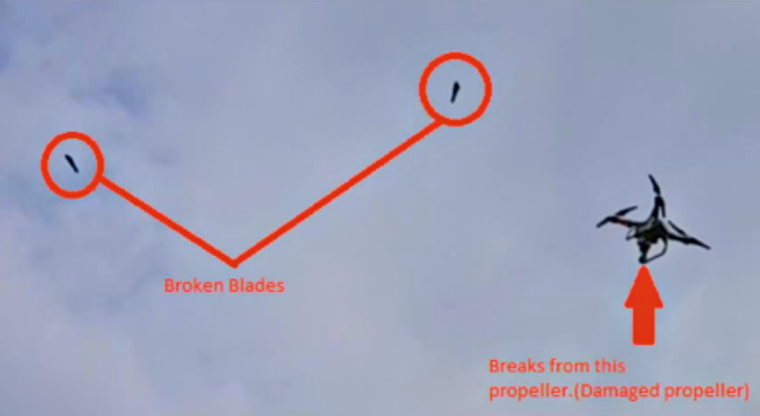 In the demo, researchers showed how a $1,000 3D quadcopter UAV drone can be hacked and destroyed within few seconds.

As time passes the use of 3D devices is increasing. It’s not only that 3D devices are user-friendly but also helpful for medical and technological purposes. With advances comes flaws and this time researchers at Ben-Gurion University of the Negev (BGU), the University of South Alabama and Singapore University of Technology and Design have demonstrated how 3D Manufacturing Systems also known as 3D additive manufacturing (AM) system can be hacked.

Dubbed drOwned by researchers the attack can destroy 3D devices. In the demonstration, a $1,000 quadcopter UAV drone was hacked by remotely manipulating the design files of the propellers. It starts with sending a phishing email to the victim with a compromised file that lets an attacker take over their PC used to control the 3D printing of replacement propellers and gain access to the folder where design files of the property are stored.

Upon gaining access to the files the attacker starts a command and control server (C&C), search, download and edit design files. Basically, the attacker replaces the original design with a manipulated one and once the victim starts to fly the drone the attacker can easily wreck its propeller making the drone crash to the ground.

Although the researchers demonstrated their attack on a $1,000 quadcopter UAV drone the vulnerability can cause havoc in industries like aerospace, automotive and defense. According to Wohlers Report 2016 the additive manufacturing (AM) industry, consisting of all AM products and services worldwide, grew 25.9% (CAGR) to $5.165 billion in 2015 and 32.5 percent of all AM-generated objects are used as functional parts.

Prof. Yuval Elovici of Ben-Gurion University says that “Imagine that an adversary can sabotage functional parts employed in an airplane’s jet engines. Such an attack could cost lives, cause economic loss, disrupt industry, and threaten a country’s national security.”

“‘Dr0wned’ is not the first article that raises this issue. However, all prior research has focused on a single aspect of a possible attack, assuming that all other attack elements are feasible,” the researchers say. “This is the first experimental proof of a complete attack chain initiated by sabotaging the 3D-printed propeller.”

Watch the demo below:

Remember, last year a hacker Jonathan Petit demonstrated how driver-less cars can be hacked by compromising the 3D Imaging System. One can hope the brains behind 3D industry will solve the issue and won’t let it misused by hackers like the Internet of Things (IoT) devices that have been creating havoc by carrying never seen before DDoS attacks.