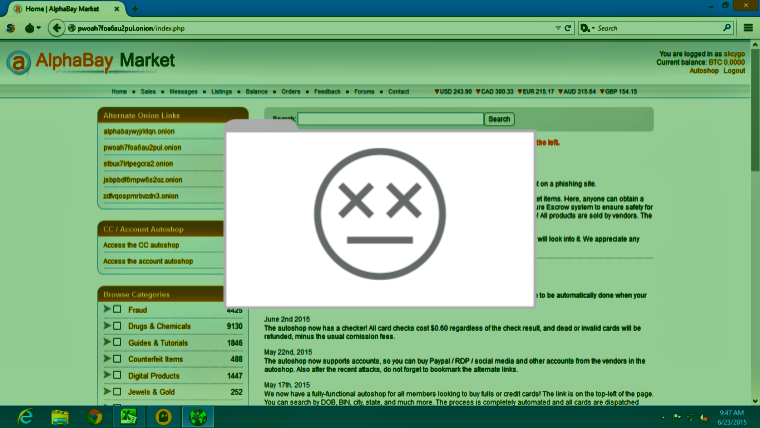 AlphaBay, one of the most popular and largest marketplace on the Dark Web has gone offline, and users believe something fishy is going on – The market is also known as “the new Silk Road,” of the Dark Web and is famous for selling drugs, databases, weapons and other illegal items.

Usually, when the marketplace goes offline for maintenance, its administrators alert users before time, but currently, the site is down since Tuesday night without any warning or alert by its admins.

The sudden outage has caused discomfort among users since there are proofs that a large transaction of 1,479.03904709 BTC (which is about $3.8 million) took place from AlphaBay’s accounts.

Some comments on a Reddit post suggest that site admin has shut down the marketplace to steal user funds. While some are debating that $3.8 million is a small price for the administrators to run away with since we are talking about the largest marketplace on the Dark Web. 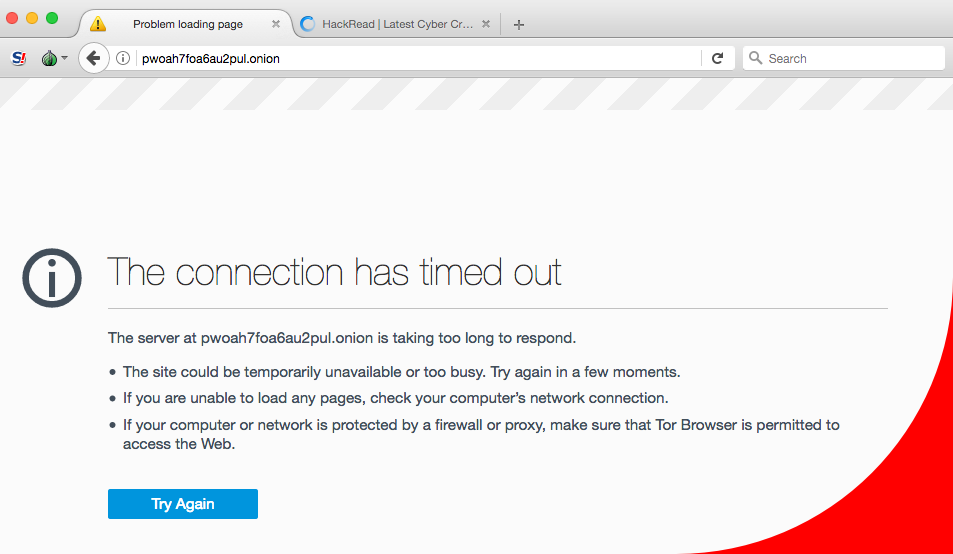 “Now I’ll admit I don’t know for sure what’s going on, and I am a bit nervous myself because if this is the end then I’ve lost a couple hundred dollars myself but think about it last year AlphaBay went down for about 4 days,” writes Glooniemcboon, a Redditor.

“Everyone was saying for sure that this was it, but it wasn’t [sic]. It took the AlphaBay moderators days to update people on what was going on too, they’re known to do this. Also about that blockchain transaction.. 44 bitcoins rounds off to about 4 million US. [I don’t know] about you but that doesn’t sound like nearly enough money.”