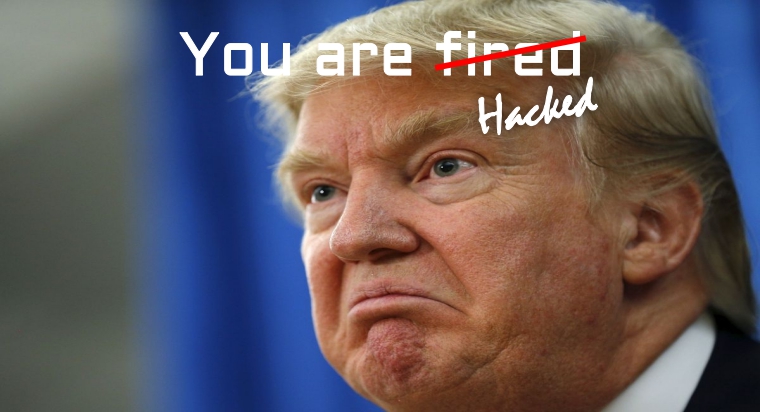 An Iraqi hacker going by the online handle of Pro_Mast3r ~ hacked and defaced a server associated with presidential campaign fundraising for Donald Trump. The targeted server secure2.donaldjtrump.com was defaced Sunday evening when Ars Technica noted that the home page for the server was displaying a deface page along with a message left by a defacer from Iraq.

The deface message was simple than expected since Iraq is among those seven countries whose citizens have been banned by Trump from entering the United States. According to the message:

Hacked By Pro_Mast3r ~
Attacker Gov
Nothing Is Impossible
Peace From Iraq. 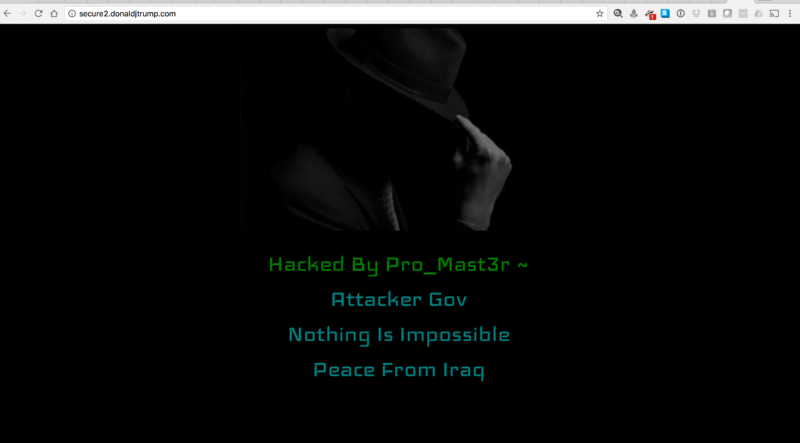 The deface page left by Pro_Mast3r

Where's Rudy 'Cyber' Giuliani when you need him? Because this guy's not kidding around – https://t.co/z3JDnchSoe pic.twitter.com/d7CCPpfNSf

Ars Technica also noted that the targeted page was using Cloudflare security and CMS while it also carried a link to a JavaScript file on a defunct Google Code account alerting Firefox and Chrome users about unsecure connection.

At the time of publishing this article the targeted server was offline, but this is not the first time that Trump’s website was hacked. Last year, Trump had his official website hacked and defaced with a message praising Jon Stewart, a famous American comedian and celebrity.

Trump’s hotels have also been targeted several times in the last couple of years starting from a credit card breach incident where personal and financial information of guests were stolen. Later on, Anonymous took down his election campaign website against anti-Muslim speech.

The list goes on. However, it should not surprise the readers since Trump is still using an old Android phone to Tweet from his official account and one of the congressmen has already requested an investigation on the use of an old phone since Android is one of the most vulnerable and targeted mobile operating systems in the world.