What is Enforced Transparency? A Western Trend?

The concept of Transparency carries a simple meaning, if practiced by governments it will empower the masses, place them in a position to expose misuse of power, corruption and defend their democracies.

A namesake transparency will only be reduced to a smokescreen and a word to keep everything dark hidden and under wraps, something needs to be done.

Enforced Transparency comes with a number of tools called: Hacking, whistleblowing and journalism and those who enforced this term to perfection should be hailed as heroes’ not mere criminals. — Heroes like Aaron Swartz (Late), Chelsea Manning, Edward Snowden, Julain Assange, Jeremy Hammond and Barrett Brown. 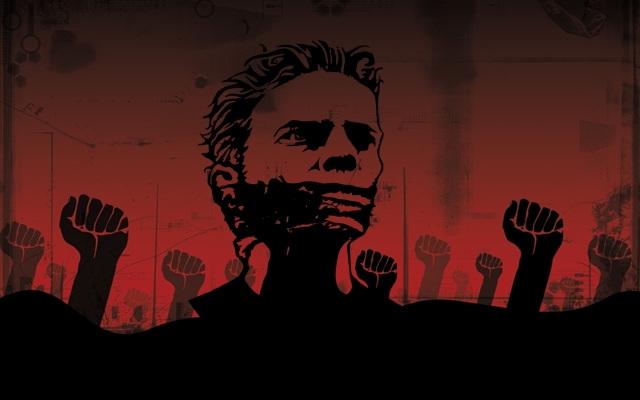 The term “Enforced Transparency” is derivative of a tool governments have been using for decades: Enforced Disappearances – or in Spanish: Desaparición forzada.

When world’s governments can abduct, torment, and assassinate their citizens, the importance of Enforcing Transparency – in a non-violent way became more obvious to their citizens.

Raymond Johnson of The Cryptoshpare explains how and why hacking becomes imperative during enforced transparency.

The media observes government activities, one such more critical organization in the post-Snowden era has been The Intercept. Organizations like: Committee to Protect Journalists and Freedom of the Press Foundation also play a pivotal role of monitoring and supervision. The bitter truth is that it is quite a perilous task for the press to remain fair and expose fraud, deceit and exploitation when corporate giants are involved. These huge companies use money for bribing and pressurize Main Stream Media (MSM) to not publish stories and even stoop down to false publicity.

The US and Russia both amidst others have a wide-ranging network of news outlets solely dedicated to create hype on a particular program, whether statist or corporatist. Independent media and “hacktivists” are sure to become more vital in coming years as they enforce transparency in a world of mass observation and scrutiny.

ThePirateBay.org domain has been blocked by some ISPs in India and users are not happy about it. Earlier…
byWaqas