Romania Insider reports that Romania is investigating the involvement of two Israeli firm Black Cube employees Ron Weiner and David Geclowicz and its directors Dan Zorella and Avi Yanus for conducting a series of cyber-attacks on the chief prosecutor at Directorate for Combating Organized Crime and Terrorism, Laura Codruta Kovesi. The department is investigating the matter in collaboration with Romanian Intelligence Services.

Zorella and Yanus are the co-founders and directors of Black Cube, the private Israeli investigation company, and former Mossad agents as well. According to the company’s statement published in the Times of Israel, Zorella and Yanus are not under any kind of investigation but they did confirm that the other two have been arrested. Weiner and Geclowicz are the technical experts at Black Cube and carried out the alleged hack attacks.

Reports suggest that Weiner was responsible for conducting the attack while Geclowicz obtained email addresses and phone numbers by getting in touch with the victims. The attacks were carried out by compromising the individuals closest to the target and sending out spear-phishing emails from the accounts of those individuals so as to avoid suspicion.

Black Cube has denied the probability of wrongdoing by any of its employees and the company maintains that reports about Zorella and Yanus undergoing investigations are completely baseless. In fact, the firm stated that its employees were investigating the Romanian government’s reports of corruption themselves.

Romanian police have arrested Weiner and Geclowicz for supposedly carrying out various cyber-attacks on Kovesi and her three family members following which their email accounts were hacked.

The news was made public by the Romanian investigative journalism team from the Rise Project investigators. Kosevi, however, stated that her email accounts were not hacked.

It must be noted that Black Cube recently got approved for a project in Romania that aimed at collecting evidence about serious corruption taking place within Romanian government and agencies. While performing their jobs, the two employees of the company made some startling discoveries and hence, were arrested soon after by the Romanian police.

“Needless to say, all of Black Cube’s employees follow the local law to the letter, and the allegations against them are unfounded and untrue. We have total confidence that the truth will be revealed, and they will both be released safely to return home in the coming days.”

Black Cube also stated on its website that they hired experts that were “highly experienced and trained in Israel’s elite military and governmental intelligence units.” However, Romanian prosecutors are currently trying to discover who hired Black Cube for carrying out the cyber-attack on Kosevi. 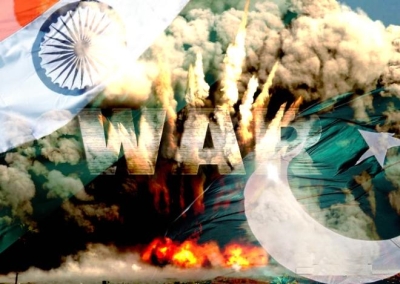