Facebook says it’s aware of the situation and trying to fix the issue. 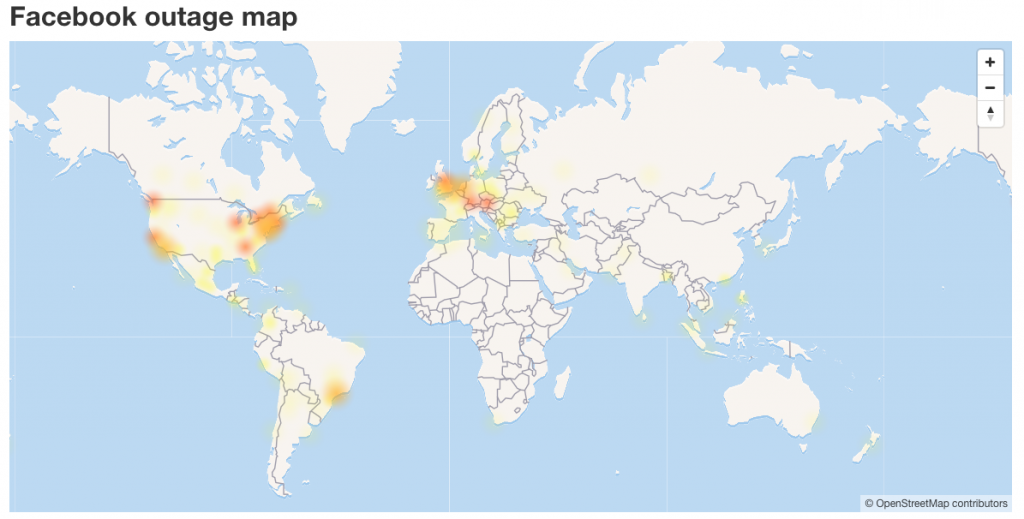 The outage map for Instagram shows that the service is down all over Europe, the United States, South Ameria, Africa, and Asia. 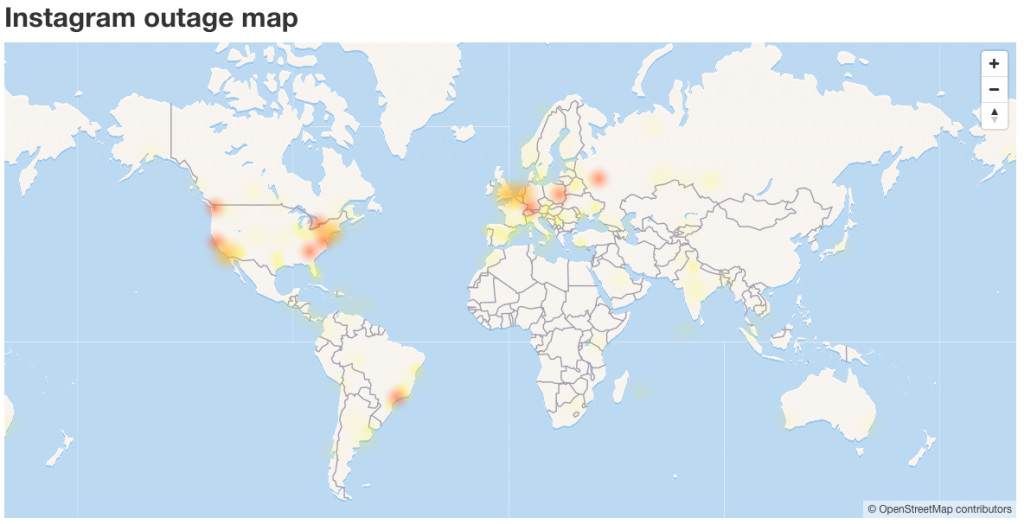 The outage seems to have begun at around 4 pm UK time after a message appeared on Facebook stating that Facebook is down and will be back soon. On the other hand, Instagram’s app and website are also facing loading issues preventing users from posting their content.

“Facebook Will Be Back Soon Facebook is down for required maintenance right now, but you should be able to get back on within a few minutes. In the meantime, read more about why you’re seeing this message. Thanks for your patience as we improve the site,” the message said.

Facebook, on the other hand, has acknowledged the issue and claimed that it is not a DDoS attack, therefore, rumors that the social media giant is under cyber attack may not be true.

We're focused on working to resolve the issue as soon as possible, but can confirm that the issue is not related to a DDoS attack.

According to Roland Dobbins, Principal Engineer at cyber security solution provider NETSCOUT, their Threat Intelligence team has also investigated the source of the outage and observed the following:

“At approximately 12:52PM EST on March 13th, 2019, it appears that an accidental BGP routing leak from a European ISP to a major transit ISP, which was then propagated onwards to some peers and/or downstreams of the transit ISP in question, resulted in perceptible disruption of access to some well-known Internet properties for a short interval.”

While not malicious in nature, such events can prove disruptive on a widespread basis. It is very important that all network operators implement BGP peering best current practices (BCPs), including prefix-lists, max-prefixes, ‘peer-locking’ via AS-PATH filters, RPKI Origin Validation (RFC6811), and other techniques incorporated into the industry Mutually Agreed Norms for Routing Security (MANRS) detailed at Manrs.org,” said Dobbins.

It is worth mentioning that this seems to be a huge outage as other Facebook features including Messenger, Business Manager and debug tool for developers are also down. Moreover, Facebook and Instagram are not the only services facing outage; earlier today Google’s Gmail and Drive also suffered global outages.

Facebook Down. In an era of 24 x 7 availability this is unprecendented. What is happening ? New features ? Bug fix ? Hacked ? Too much user Load ? # #facebookdown @facebook #whatwillwedo pic.twitter.com/mK7eYsRrWa

We love when #instagram is down 😂
Hi everyone. Welcome to the twitter you haven’t been on since November

It’s noteworthy that lately, Facebook has been making headlines for all the wrong reasons. Last year, Facebook revealed that hackers had stolen access tokens of 50 million accounts while last week BBC reported that hackers were selling private messages of 81,000 Facebook users on an underground forum.