According to the Facebook’s outage map displayed on DownDetecter, the scale of this outage can be seen affecting users in Brazil, Argentina, Peru, Colombia, Italy, Spain, Germany France, Poland, Ukraine, Norway, United States, the United Kingdom. 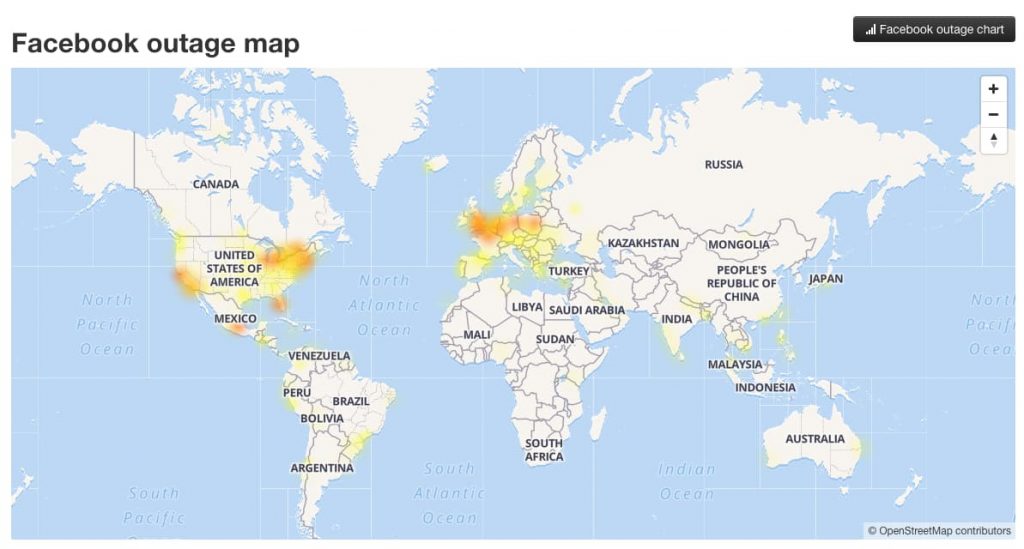 The outage map for Instagram shows that the service is down all over Europe, the United States, South Ameria, and some part of Asia. By “down” we mean users can’t upload or view pictures and videos while in some cases the site is opening with broken images. 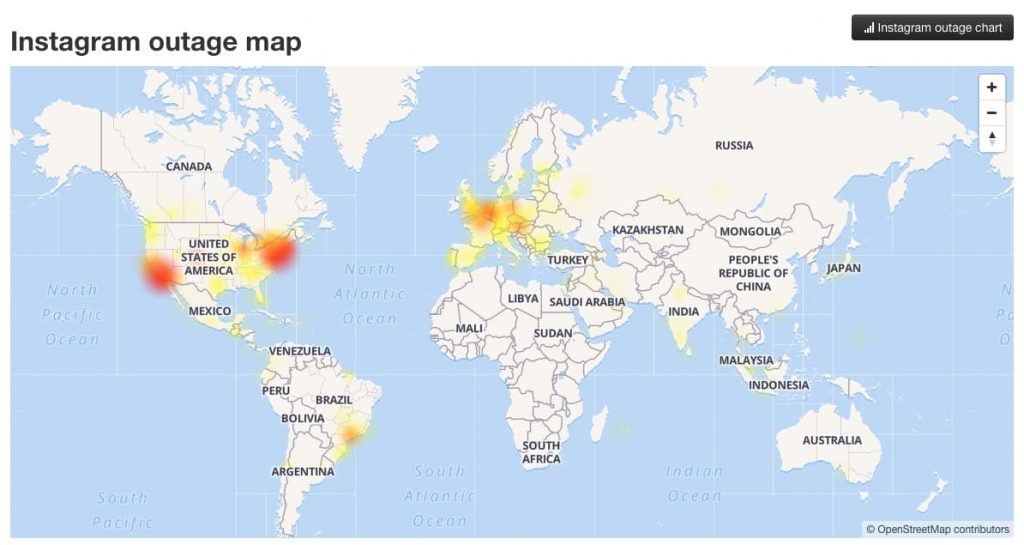 The outage seems to have begun at around 4 pm UK time after a message appeared on Facebook stating that Facebook is down and will be back soon. On the other hand, Instagram’s app and website are also facing loading issues preventing users from posting their content.

Facebook has acknowledged the issue and claimed that it is not a DDoS attack, therefore, rumors that the social media giant is under cyber attack may not be true.

We’re aware that some people are having trouble uploading or sending images, videos and other files on our apps. We’re sorry for the trouble and are working to get things back to normal as quickly as possible, Facebook said in a tweet.

We’re aware that some people are having trouble uploading or sending images, videos and other files on our apps. We're sorry for the trouble and are working to get things back to normal as quickly as possible. #facebookdown

Seeing the world for the first time pic.twitter.com/tEecylfw87


Instagram and Facebook are down and so on this sunny evening, why not head to your local canal instead? 😆 #InstagramDown #FacebookDown pic.twitter.com/atnfiUTVE5

We have received reports that some users worldwide have experienced problems with viewing photos on Facebook and Instagram. RT if you’ve experienced the same. #facebookdown #instagramdown

It’s noteworthy that lately, Facebook has been making headlines for all the wrong reasons. Last year, Facebook revealed that hackers had stolen access tokens of 50 million accounts while last week BBC reported that hackers were selling private messages of 81,000 Facebook users on an underground forum.

US Firefighters: Samsung Galaxy Note 7 Not Guilty of Burning Jeep

Samsung Galaxy Note 7 Burning Spree – Guilty or Not Guilty? Verdict: Not Guilty. By now, most of…
byUzair Amir