“This was not the result of a third party attack but instead occurred after we introduced a change that affected our configuration systems,” said the statement.

Facebook and its photo site Instagram were unavailable to its users between 7.15 pm and 8.15 pm NZ time across the United States, Europe and Asia.

Some suggested Lizard Squad, a hacker group that claimed to attack Microsoft and Sony gaming networks over Christmas, were behind the outage. A twitter read, “Facebook, Instagram, Tinder, AIM, Hipchat #offline #LizardSquad.”

For legions of users, it was just a blip while companies dependent upon Facebook, such as Tinder and over 75,000 other websites, were affected by the disruption.

A technical fault sounded more plausible than a cyberattack because a DDoS attack would have made sites inaccessible to its users rather than displaying an error message, said Guillermo Lafuente, security consultant at MWR InfoSecurity.

Additionally, the outage was global and had it been a cybercrime, the impact would have been localized to one particular area as Facebook has multiple data centers.

Facebook, headquartered at California, has more than 1.35 billion active users globally, with more than 80% of its users outside the US and Canada.

Facebook had suffered a massive outage in September 2010 that lasted for about 2.5 hours. Early then outages were common as the system was not robust. However, off late a Californian company, Menlo Park, routinely checks its infrastructure and resilience.

It is a fact that around 8% of the world’s populace cannot see colors properly, that is, some…
byCarolina 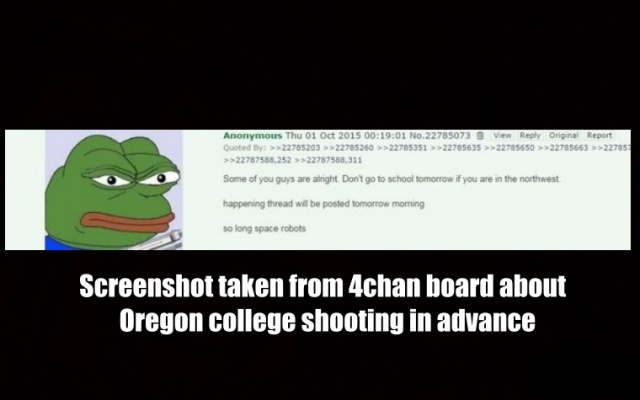 Someone used 4chan to post about Oregon college shooting in the US before it actually took place. The sudden…
byCarolina