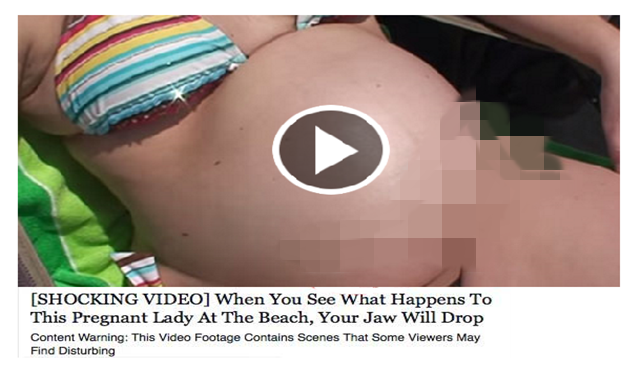 A post appeared recently on Facebook, one in line of the many similar “claim-to-be-shocking-you posts” features a pregnant lady at the beach, promising to amaze viewers upon clicking the “Play” icon, warning it to be revealing and disturbing, what happens instead is upon clicking, viewer is directed to a phony Facebook host page, where a pop up appears in front of you to share it on Facebook before you are able to see the video.

After you share the page, it insinuates the same to your friends, now another click will take you to another “YouTube” appearing scam page asking you to prove you are a human by clicking fake images. 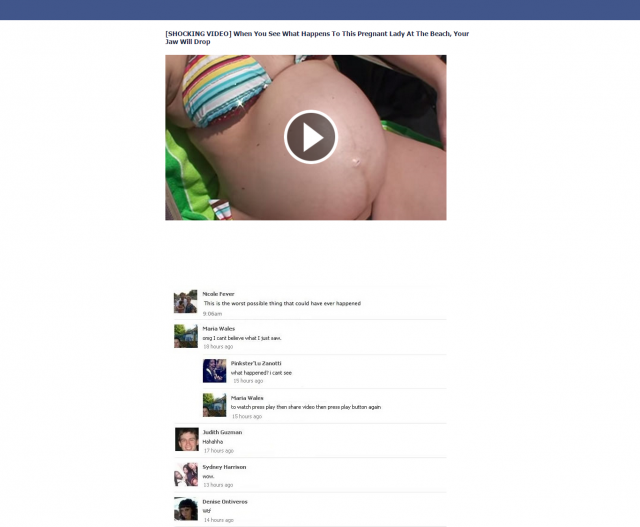 In the process you are then taken to another website demanding personal information, which will cause a series of anonymous fake scamming phone calls and annoying emails. The scammers who brought about such a folly will get commission after each survey of information, even after numerous futile attempts your access to the said video will remain blocked.

They may also include “download video player update” for proper viewing of the video, which is in fact a malware program which can infect your browser even, displaying spam and may breach your computers security. The truth is that you can easily watch the same video on YouTube without bugging your friends on Facebook or compromising your security.

Moreover, the much hyped video only shows an unborn child’s movement in the womb. If you receive any  such inviting links do not fall for them, ignore them and watch the same video below: