The legendary Like button will no longer be gracing our Facebook pages as frequently as it regularly does since Facebook Reactions are here to replace it.

In simple words, Facebook reactions are the title of a range of new icons that will be available alongside the groundbreaking Like option. Traditionally, you were able to Like a post but now you will be having many more options than just choosing the thumbs up sign. For instance, if you think the post has made you happy, then click on the happy icon. Similarly, if the post is a bit sad, then you can choose the sad face. So, now, we will be having a variety of options.

Initially, this new feature was launched in 2015 only in specific countries including Ireland for testing and modifications. When the new feature garnered positive feedback it was officially rolled out for all other countries.

What are the Options?

In case you are wondering what kind of options you would be getting then please be informed that Facebook has launched 6 new options. These include the following:

The idea of offering Facebook reactions is to let users choose the appropriate reaction on any post or something that they want to share on the social network.

It is an outcome of the growing public demand for more new options like the Dislike button. Mark Zuckerberg was receiving a large number of such demands from users as they were tired of having the same old Like button for years.

One of the reasons behind the launching of this new feature is that there are certain posts for which Like button doesn’t seem appropriate such as the news of someone’s death or illness or missing person post. Usually, people like to react to a post by clicking on the Like button instead of actually sitting down and writing a Comment. But, as Zuckerberg and Facebook’s team realized, there were several kinds of posts on which hitting Like wasn’t a very suitable option.

Thus, Facebook had to give in to the campaigns ignited to force the social network to introduce something new. However, provision of a Dislike button didn’t receive much praise from anyone at Facebook. Zuckerberg was of the opinion that introducing a Dislike button would transform Facebook into a Reddit-like voting platform. 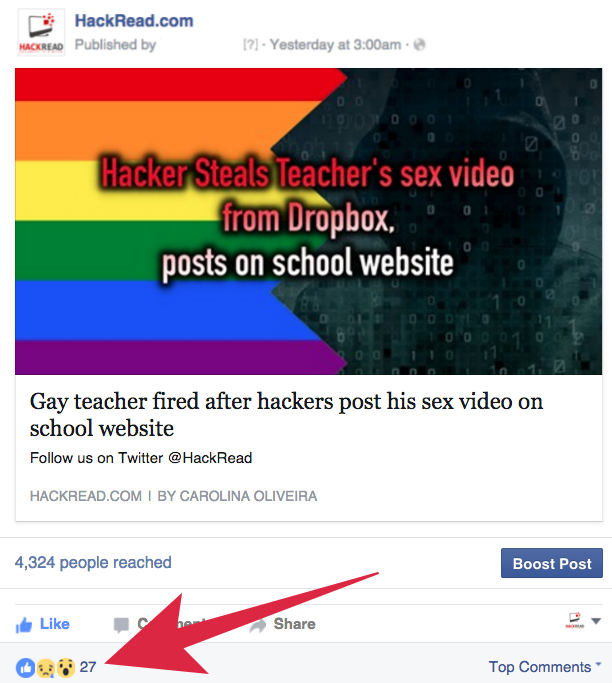 So to provide variety and to present users with an improved and enhanced Facebooking environment in the New Year, Zuckerberg and his team has introduced Facebook reactions which comprise of 6 new, innovative and useful options.

Using these smart new icons is very easy and fun. Desktop users only need to hover over the Like option to view the 6 new icons. Just click on the appropriate reaction.

The mobile version of this feature is yet to be launched but when it will be available, users will just have to hold down the Like option to see the reactions. Select the one you feel appropriate and voila.

To check the reactions others have posted on your post, just hover or tap over the reaction icon on the post. A drop-down menu will appear, which will show you what reactions people have given to your post.

Do remember that you cannot post two reactions for a single post. If you do so, the first reaction will be replaced by the second one. Only the most recent selection of reaction will be posted by Facebook.

Creating reactions wasn’t an easy task indeed and Facebook underwent extensive testing to get the right mix of reactions that are widely applicable throughout the world.

Geoff Teehan, Facebook’s design director, stated that creation of unambiguous reactions was a big challenge given the extreme cultural diversity that Facebook is accustomed to. It is a fact that the UK and the US aren’t the only dominant regions where Facebook is used but it is available and used all over the world even where cultures sharply differ from the western world. So the universality of emotions and reactions was a challenging task for the social network team.

On Facebook, the ground reality is that the more Likes a post receives, the more popular and Shared that post will be. So how would these new reactions impact the reach of a post? To be honest, this is yet to be identified and no one knows to what extent will it affect or encourage the popularity of a post.

The point to be noted here is that these reactions aren’t inherently negative at all as none of them reflect notions of dislike or rejection. So, we can presume that the reactions will be a good addition ultimately and won’t be affecting the reach of a post at all. However, Facebook will be keeping a close eye on the public feedback on this new feature and how these are used. So, perhaps we will find it out very soon if Facebook would tweak its filtering algorithms in the future or not.

The Reactions— How Flexible are these?

Apart from the Wow emoticon, all the other reactions are quite straightforward and self-explanatory. Love represents love and admiration, Haha represents funny stuff and sad and angry icons also depict their relative emotions.

Wow, on the other hand, is the most versatile of all as it may represent surprise or disdain and even sarcasm. Indians could face jail time for torrenting and file sharing