”Hey, it’s #OurMine , don’t worry we are just testing your security, please visit our website to upgrade it , Thanks!”

The group is also working on establishing an IT security firm in order to assist those affected by their hacks. According to their blog post, OurMine even offered Mosseri to buy their services to keep his security up to date but the group didn’t mention if they found Mosseri’s credentials among the previously leaked MySpace and LinkedIn databases nor is there any hint if hackers took over his Quora account.

At the time of publishing this article, Mosseri’s account was restored and the tweet sent out by OurMine was deleted however at the same time it seems like Mosseri forgot to change his bio section since it’s showing the same bio uploaded by OurMine. 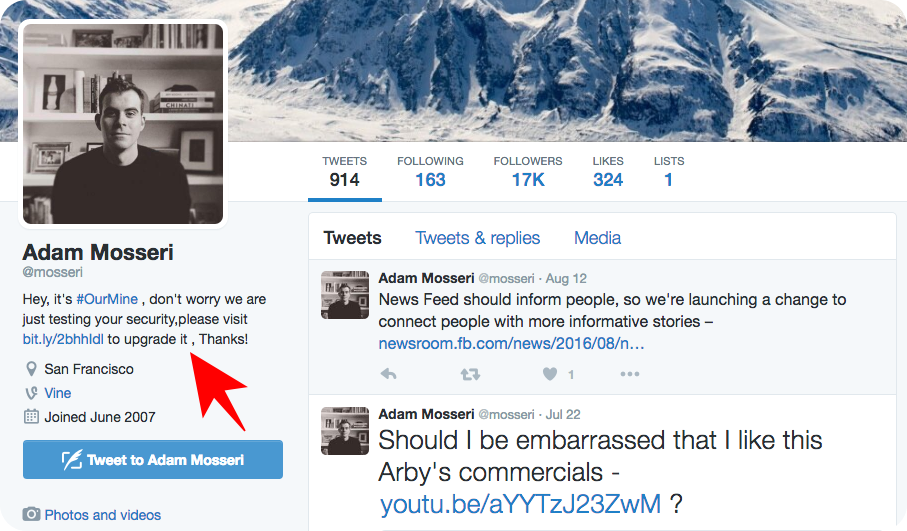 Generally, Apple Inc. is believed to be very strict and reliable in matters pertaining to cyber-security. Its servers…
byWaqas