There is very good news for Mozilla Firefox users. After improving the user experience with tracking protection function offering content blocking features and other changes in Firefox 63, Mozilla is aiming for another significant update in the upcoming version of the browser.

The new version of Mozilla Firefox called Firefox 67, which is planned to be released in May 2019, will be equipped with the capability to mute videos autoplaying. That’s not all; the soon-to-be-released version of Firefox will be able to block cryptocurrency miners as well as fingerprinters since Mozilla will be launching fingerprinting and cryptomining protection in Firefox 67. 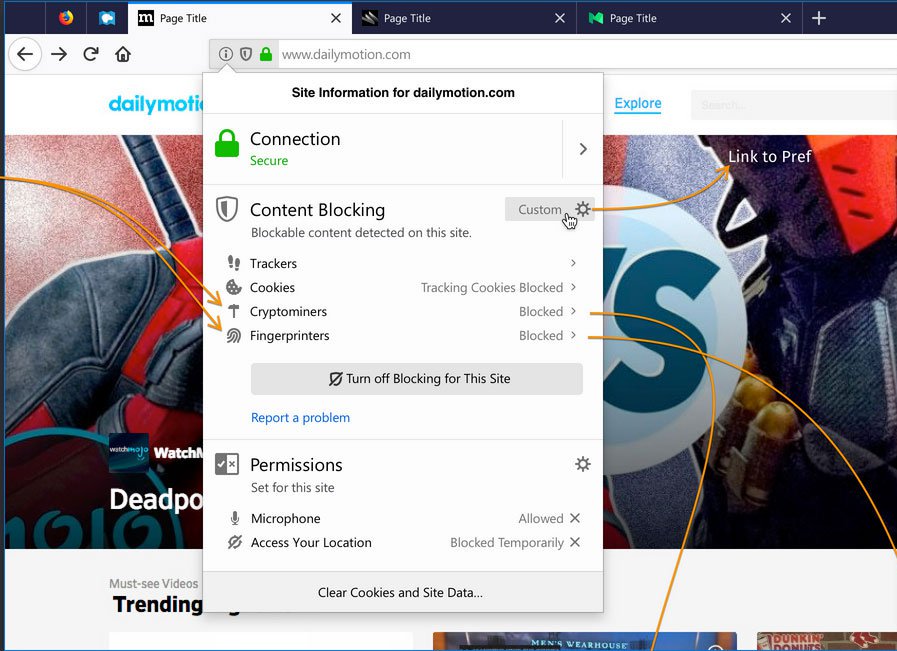 This means the upcoming version will block JavaScript cryptominers and websites will also not be able to fingerprint the user. As explained by Mozilla’s product vice president Nick Nguyen:

“Practices like these make the web a more hostile place to be. Future versions of Firefox will block these practices by default.”

In mid-2018, Mozilla revealed its plan to enhance the privacy features in Firefox and if everything goes as planned, Firefox 67 will further improve the user experience. Cryptominers not only use the CPU’s resources to mine for cryptocurrency but also affects the computer’s performance in the long run. The entire system becomes slow and operations get delayed. This is why, it is important to protect users from becoming victims of cryptomining campaigns.

On the other hand, fingerprinting is a technique that can create user profiles for tracking purposes using the information that the connecting device, scripts (if permitted), and browser provide. Mozilla has already been offering some fingerprinting blocking features since Firefox 41 version but it is going to improve the functionality even more in the new version.

The options will be displayed when user will click on the site information icon available right next to the site URL. The option can also be accessed while launching the privacy options in the browser’s settings. By selecting custom on the Settings page, below content block feature, the user will be able to view the new options. 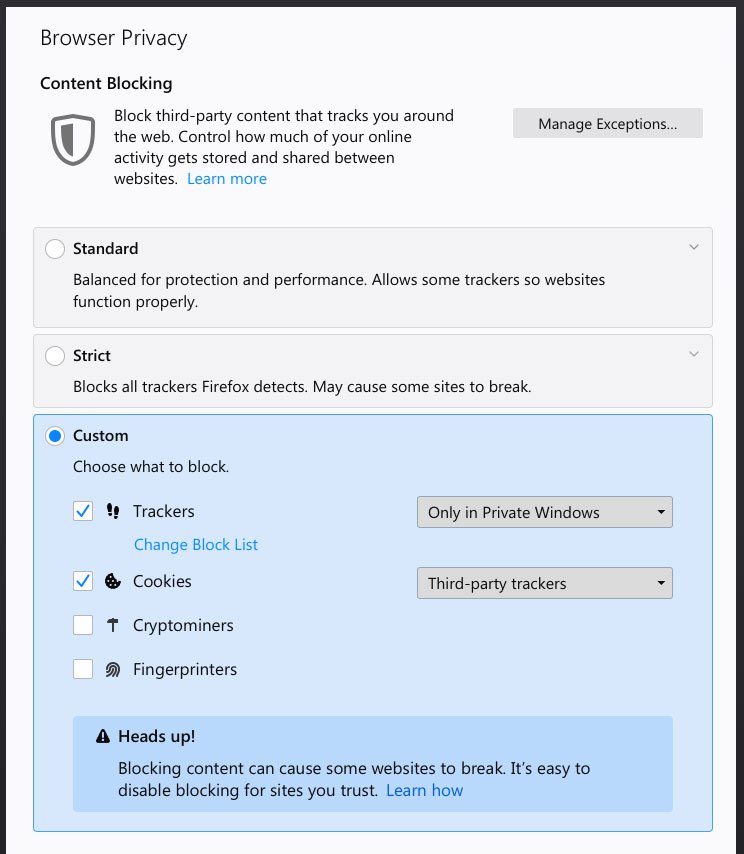 However, Mozilla hasn’t explained whether it will offer these features by default or users will manually enable them in Firefox 67. It is worth noting that other browsers are already equipped with these protections by default. In fact, Opera was the first browser to block cryptominers.

See: Firefox Monitor tool informs users if they have been hacked

See: Firefox Monitor will Notify you When Your Account is Hacked- Mozilla