Google is onto making some big changes in the way Chrome works as recently the tech and search engine giant has announced that the popular web browser will finally start blocking irritating website redirects. This means Chrome users won’t have to face those annoying, unwanted and surprise redirects to spammy sites.

In their blog post, Product Manager for Google Mr. Ryan Schoen wrote that the company receives feedback from Chrome users which it takes seriously to improve to improve their experience. “1 out of every 5 feedback reports from Chrome users on desktop mention encountering some type of unwanted content,” wrote Schoen.

Google says web pages are often redirected to unwanted ads and sites due to third-party content embedded in the page which is not intended by the page author. In Chrome 64 Google will solve the issue by displaying an infobar instead of redirecting the page. 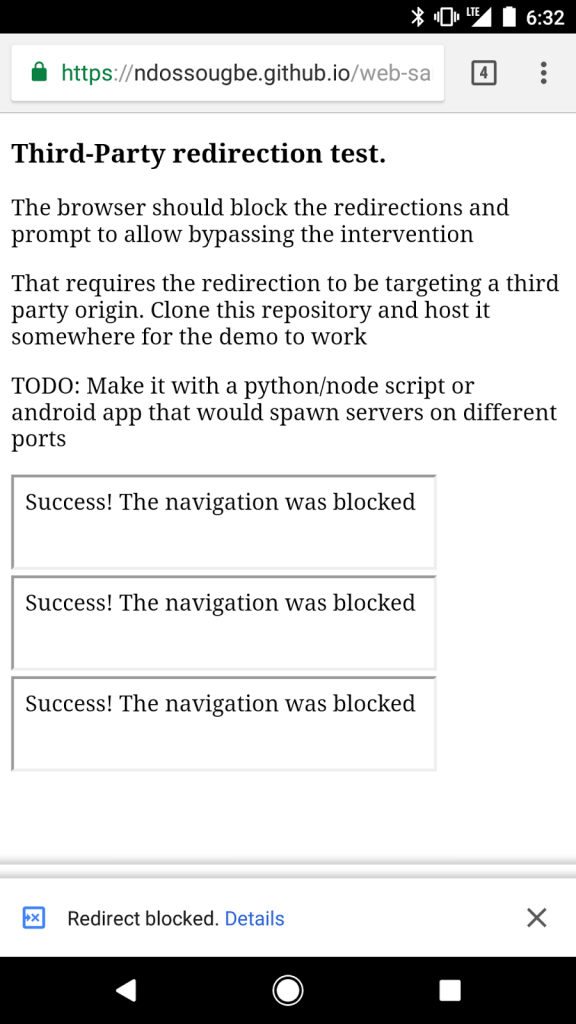 While Chrome 64 will solve website redirect issue, Chrome 65 will introduce a new feature aimed at preventing the main tab from being redirected. This means Google is tackling the problem where sometimes when a user clicks on a link it opens in a new tab while the original webpage is redirected to other page displaying unwanted ads and popups.

An example shared by Google:

Moreover, Google will also block third-party redirections caused by links disguised as play buttons or other site controls, or transparent overlays on websites which once clicked, take users onto website loading tons of unwanted popup ads. Remember, in September this year; Google also announced that from January 2018, Chrome would be blocking auto playback feature for all those ads that have sound.

That’s not it; Google has been working to secure Chrome from cyber attacks as well. Therefore, its security team is also planning to block embedded cryptocurrency mining with the new feature. In December 2017, Google Chrome will also warn users of ‘man in the middle’ attack in which an attacker intercepts communication between two systems.