Another day another scam but this one is targeting people of all ages — 100+ Elderly People Lost thousands of Pounds due to TalkTalk and HMRC Scams.

Phone and online scams are increasing day by day and not just the younger lot but elderly ones are also facing the heat. The problem has become so adverse that the police department had to issue a public warning after a hundred people in Dorset became the target of scammers within a month’s time. According to the Economic Crime Unit’s Det. Sergeant Andrew Kennard stated that these scammers can scam “anyone- – regardless of someone’s age, background or where they live, particularly the elderly.”

In the latest scam campaign, malicious actors are claiming to be associated with TalkTalk or Her Majesty’s Revenue and Customs (HMRC). By posing so, they trick older people into revealing their private data, which is then used to gain access to their bank accounts.

The HMRC scam tricks people into believing that the department owes them a refund and then the criminals gain bank details and other personal information from the targeted people and commit bank frauds. The fraudsters also provide fake numbers of HMRC to people, which are obviously not authentic. In the month of May, around 72 reports were received by Dorset Police that was all linked to HMRC scam.

In TalkTalk scam, scammers may have gotten access to personal data of the victims from the internet and then manipulated them by claiming to be from TalkTalk. Remember TalkTalk was hacked In May, around 86 reports of the TalkTalk scam were received by the Dorset Police. Remember TalkTalk is UK’s largest telecom group and October 2015 it faced a massive data breach in which personal data of 4M users was stolen.

If you are living in the United Kingdom spread the word and make sure not to fall for such scam and never provide your personal and financial details to anyone on the phone or email. If someone is forcing you to provide such info contact your bank asap for confirmation. 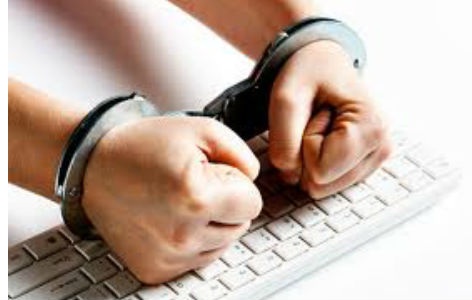 UAE, which has been one of major regions of cyber crimes, got a really good new last Friday,…
byWaqas