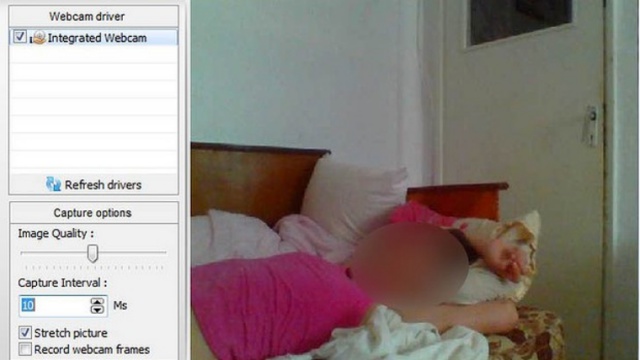 The computers of a couple got hacked by a cyber criminal,  but the worst part is that the hacker could easily watch them having sex from the compromised webcam.

Apparently, the 33-year-old Stefan Rigo used Blackshades malware, a sort of intrusive software and gained control over the couple’s webcams.

Reports suggest that Rigo used to spend 5 to 12 hours every day spying on the couple and was able to view whatever they did in front of their computers.

According to an investigation from the UK’s National Crime Agency, the hacker was addicted to observing victims over the hacked webcams and there were several other victims affected by the malware.

A series of images were found on Rigo’s computer by the NCA team, in which couples appeared being involved in sexual acts in front of their computers or over Skype.

The victim said that Rigo managed to compromise his ex-girlfriend’s computer by downloading Blackshades malware using her bank details to pay for the software.

This particular malware is powerful enough to give control over just about any computer in the world and switch the victims’ webcam on and off, access personal and financial information as well as download illegal content.

This is not the first incident of webcam hacking. In the past, a woman was sent intimate pictures of herself with her boyfriend watching Netflix. The pictures were taken by hackers after taking full control of the built-in webcam on her laptop.

In another incident, a Canadian woman hacker was arrested for hacking computers, taking over their webcams, screaming and spying on people.

We at HackRead urge our readers to cover their webcams.