The popularity of vaping has been increasing over the past years. Many people that used to smoke traditional cigarettes are now switching to vaping. Some people have even argued that vaping can help a person stop smoking. Some proponents of vaping argue that the practice is less dangerous when compared to smoking conventional tobacco.

However, some people have argued that electronic cigarettes create aerosols that can be a health issue. Some businesses have even prohibited vaping, just like smoking. In some businesses, people are not allowed to vape where smoking is prohibited. And now, researchers argue that vapes can be used to hack a personal computer or laptop.

Cyber-security has become a serious issue following a wave of attacks on computer systems of some multinational companies across the world. But, what’s has surprised many people is the revelation that the box mods they use can be used to hack their computers. Many vapers didn’t think they have anything to worry about their vaping devices until this revelation. They have been charging their devices using the USB ports of their computers comfortably.

Hackers keep getting innovative. They are always changing the methods they use to breach cyber-security systems. Many people expect hackers to use methods like ransomware, DDoS attack, malware, Keylogger, Trojan, phishing, and ClickJacking attack to hack into their computers and security systems. However, hackers have become smarter and are now using devices like electronic cigarettes to hack security systems and computers.

Best vape mods from Vapingdaily are devices that preferably use advanced vapers. They are battery-powered devices whose feel and look resembles that of regular cigarettes. Vapers fill their cartridges with a juice containing flavorings, nicotine, and other chemicals when vaping. A vaping device converts the liquid in its cartridge into a vapor that is inhaled by the user.

To use an electronic cigarette, the user has to keep charging it. Many vapes are charged over USB using a special cable. Others are plugged directly into computers’ USB ports. But, security researchers have warned that a computer can be hacked by simply using it to charge a vape pen.

Hackers can crack into your computer using an electronic cigarette and steal the most important or sensitive information in it. All that these crooks need to do is add a small chip to your vape. This chip transforms the vape into a digital lock-pick that can prize open the systems they target.

By performing a minor modification, the device fools a computer to think that a keyboard or mouse has been attached to it. This makes the computer drop its guard mechanism. Hackers can use the booby-trapped vape to inject malicious code by plugging it into a computer. This code can order your computer to download hackers’ target files. Consequently, criminals can comfortably steal private information from your computer.

According to a Sky News report, Ross Bevington, a tech security researcher, and an expert say that individuals should be wary of people that try to insert nasty things into their computers. He advises people to be wary of individuals that plug things they don’t know including vapes into their computers. You can also check secure electronic vapes here.

You probably want to keep your vape mod always charged to enjoy the best box mod anytime you desire. However, it’s important to be wary of allowing other people to charge their devices on your computer. That’s because you don’t know who will insert a modified vaporizer on your computer.

Once a hacker connects a modified vaporizer to your computer, it issues arbitrary commands to the device because it’s unlocked. The computer executes the commands with ease. Nevertheless, the script can be modified to perform more malicious commands.

For instance, the script can be modified to make a computer download unsafe and arbitrary files and even run them. Because a vape pen has little space to host code, it can be used as a source of malicious payloads for machines.

This limits how elaborate hackers can make a real attack. For instance, the size of the WannaCry malware is 4 to 5 MB. This is larger than an e-cigarette space with more than a hundred times. However, it’s possible to download something larger than this from the internet using an electronic cigarette.

How to Be Safe

A computer hacker is a skilled and experienced computer expert that overcomes a problem using technical knowledge. But, though the term is used to refer to a skilled programmer, it is largely associated with a security hacker. This is a person that uses technical knowledge to employ exploits or bugs in breaking into computer systems. Most computers are hacked when they have underlying flaws. Unfortunately, these flaws are very common in computers.

Organizations and individuals that do not verify their computer updates or fail to ensure sufficient protection for underlying keys are at a higher risk of cyber-attacks. Additionally, ignoring software updates makes a computer easy to compromise.

Therefore, to protect your computer against hacking using vapes, keep security patches updated. Make sure that your machine is locked when not in use and create a strong password.

If you use your computer to run your business, invest in a monitoring solution that will easily alert your security experts if somebody uses a modified vape to hack your computers. In any case, be wary whenever somebody plugs anything into your computer.

Any vaper wants to enjoy his best box mod vape anytime. They also want to enjoy the convenience of charging their vape anywhere, anytime. But, the revelation that vapes can be used to hack computers has made some vapers stop charging their devices through USB ports.

Although electronic cigarettes can be modified and used to hack computers, it’s possible to keep hackers at bay. You need to avoid letting just anybody use your computer to charge their vapes or plug anything into your device. Additionally, keeping your computer’s security patches updated can help you wade off hackers.

Shocking acceleration in the use of Cyberweapons between Iran and the U.S against each other has been revealed…
byWaqas 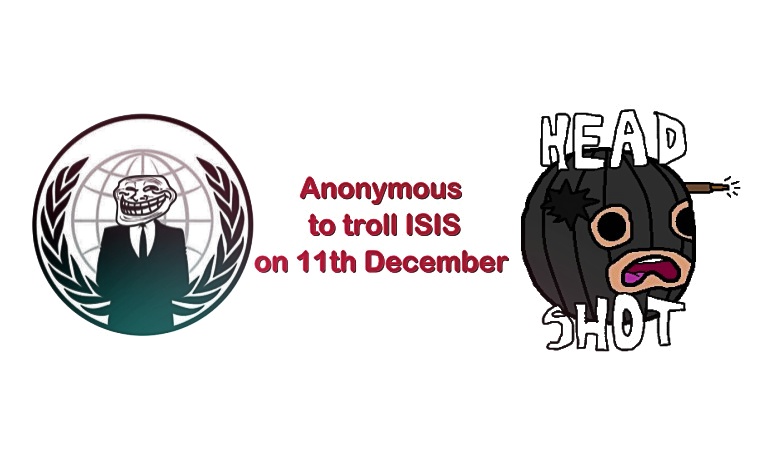 After creating havoc among ISIS circles by hacking their social media accounts, Anonymous is back again and this…
byWaqas