A Pakistani based Pak Cyber Eaglez group has hacked a 150+ UK based websites including the website of an online Christian entertainment channel broadcast from the UK.

The hackers contacted me via email explained that it was a collective attack, the reason for attacking UK based sites was to show them the power of Pakistan and its hackers.

All sites were left with group’s deface page along with a deface message on all the hacked websites, according to the message:

Ok Lets Come To The Main Point, You Just Got Hacked Patch Your Asses, Don’t Know How To Secure Shitts And Making Sites lol,
Huh ! Now Next Time Keep Eye On Your cPanel | Domain | Your Admin Panel Becuase We Can In Again, Take Care
Pakistan Zindabad. 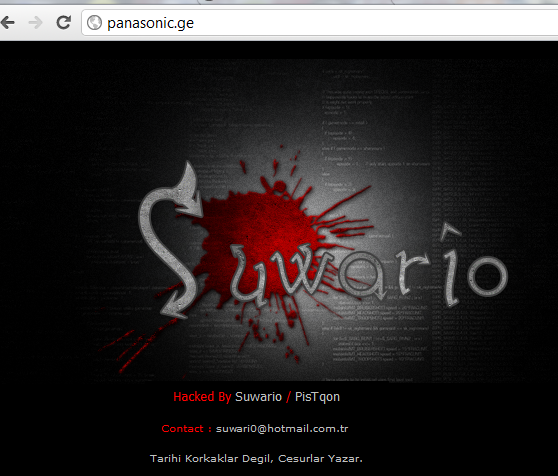 Panasonic’s official website for Georgia has been hacked by Suwario / PisTqon hackers from Turkey, hackers left their deface…
byWaqas