Dubbed Intel leaks; the data has been leaked by a developer who claims to have received it from an anonymous hacker.

A hacker is claiming to have leaked a massive trove of sensitive data allegedly belonging to the internal cyberinfrastructure of Intel Corporation, an American technology giant headquartered in Silicon Valley.

As seen by Hackread.com, this was revealed by a Lucerne, Switzerland based developer on Twitter who claims to have received 20GB worth of confidential Intel intellectual property-related data by an anonymous hacker.

The developer who goes by the Twitter handle of @deletescape (Tillie 1312 Kottmann #BLM) claims that “this is the first 20GB release in a series of large Intel leaks” stolen as a result of Intel data breach this year.

Most of the things here have NOT been published ANYWHERE before and are classified as confidential, under NDA or Intel Restricted Secret, the developer claimed in their tweet.

A look at the leaked folder is can be seen that the first part of the data leak contains the following information: 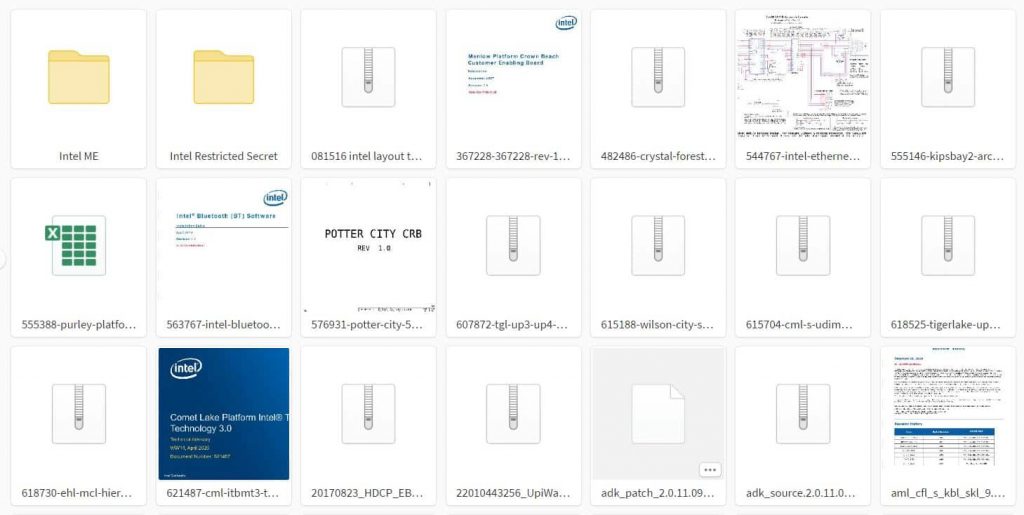 In a comment to Hackread.com, Intel’s spokesperson said that the company is currently investigating the issue.

“We are investigating this situation. The information appears to come from the Intel Resource and Design Center, which hosts information for use by our customers, partners, and other external parties who have registered for access. We believe an individual with access downloaded and shared this data.”

A noteworthy thing about Intel Leaks is that while the developer is encouraging people to download the data they are also claiming that, “If you find password-protected zips in the release the password is probably either “Intel123” or “intel123″. This was not set by me or my source; this is how it was acquired from Intel.”

Furthermore, another tweet from the developer criticized and blamed Intel for developing backdoors with the help of US Intelligence. They went on to urge downloaders to search for the alleged Intel source code for mentions of “backdoors.” However, the authenticity and significance of it is yet unclear. 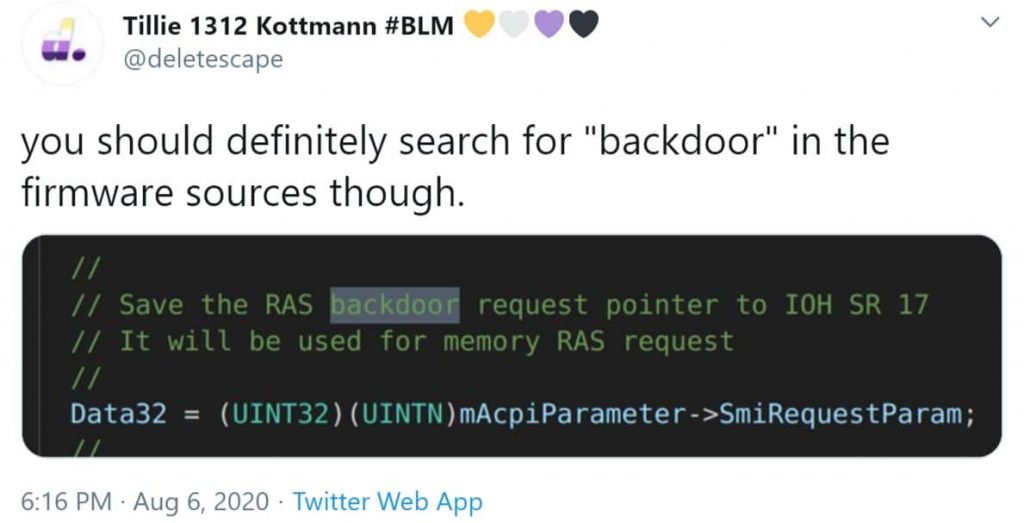 At the time of publishing this article, the download link was already being shared on Telegram and several infamous hacker forums. It is advised that users should refrain from downloading the data as its origin is yet unclear.

This is a developing story therefore stay tuned for more.