An Israeli soldier has received massive online support after being suspended for aiming gun at a Palestinian teenager, reported by AFP.

A YouTube video shows an Israeli solider and Palestinian youth auguring with each other when the elite Nahal infantry unit soldier identified only as David aimed the gun at the teenager.

Just few hours after suspension, a Facebook page was created in support of the Israeli solider that reached 60,000 likes within no time.

However, a group of retired Israeli soldiers rejected the suspension and said that:

Situation depicted in the video is far from unusual”

According to in Israeli news portal Ynet:

The soldier was removed from his combat position in the brigade apparently after he was documented cocking his weapon and aiming it at a Palestinian teenager in Hebron earlier this week.”

Meanwhile a soldier who served with him has a different story to tell:

This kind of incident is routine in Hebron” a flashpoint city in the West Bank “where soldiers are fed up because they do not have the means to retaliate to daily attacks by Palestinians with stones or other objects.” 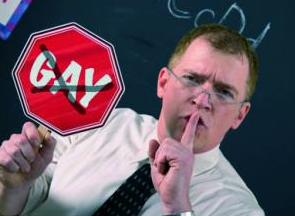 Recently, Pentagon allowed involvement of gays in the military. But, U.S defense department do look much satisfied by…
byWaqas