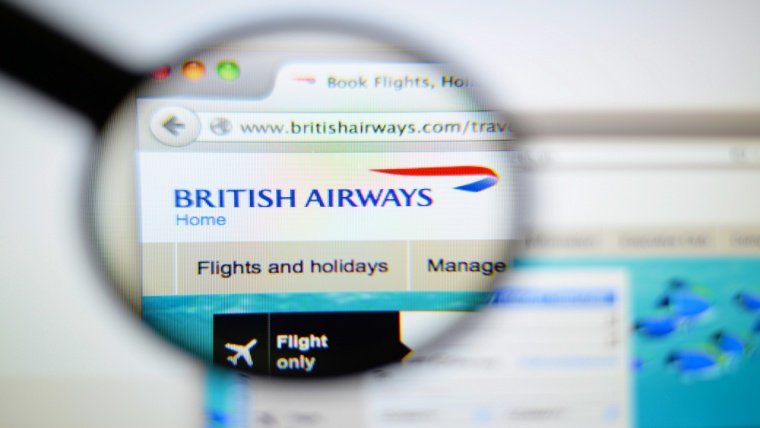 About two weeks ago the critical cyber infrastructure at the hospitals in the United Kingdom came under WannaCry ransomware attack creating havoc all over the country. Now, according to reports, British Airways is suffering a service outage resulting in canceling all flights.

In an official statement from the Airways, it has been stated that the company has canceled all Saturday flights from Heathrow and Gatwick, London’s two biggest airports after “a major IT system failure” causing a massive service disruption to flight operations around the world.

“Following a major IT system failure this morning, we’ve canceled all flights to and from Heathrow and Gatwick for the rest of today. We’re working hard to get anyone due to fly today, onto the next available flights. Those unable to fly will be offered a full refund.”

It is unclear what type of IT system failure the airline is facing although officials have clarified that this is not a cyber attack. The airline initially canceled only flights before 1 p.m. ET (6 p.m. BST) at Heathrow and Gatwick. Alex Cruz, chief executive of British Airways said in a video statement on Twitter that:

“Our IT teams are working tirelessly to fix the problems. We believe the root cause was a power supply issue. “I am really sorry we don’t have better news as yet, but I can assure you our teams are working as hard as they can to resolve these issues.” 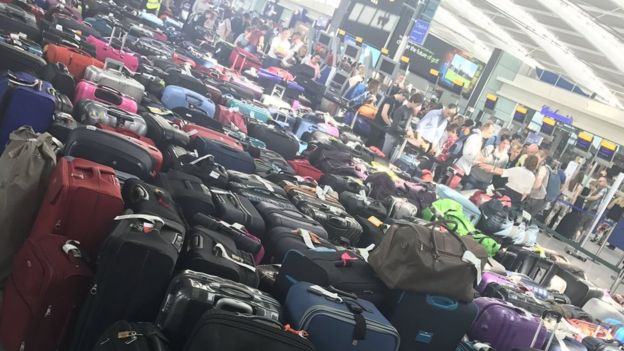 The situation at Heathrow Airport / Image Via: @AnnaOnTheWeb

The official Twitter accounts of Heathrow and Gatwick Airport‏ have also confirmed that all flights have been canceled:

UPDATE: Following a worldwide @British_Airways IT system issue, all British Airways flights pre-6pm (UTC+1) have been cancelled at Heathrow. pic.twitter.com/Ue1d6rdcHn

Here are some Twitter reactions by the passengers stuck at the airport or inside the plane:

“9 hours after checking in at Belfast airport we get home after the chaos of the British Airways IT crash. I documented the “fun” on my Instagram stories and was also interviewed for BBC, C4 & ITV news. How funny.”

9 hours after checking in at Belfast airport we get home after the chaos of the British Airways IT crash. I docume… https://t.co/aYNq2qVvlo pic.twitter.com/HZ52FRbSjl

“Sadly stuck on the tarmac at Heathrow for at least an hour. No space for us to park. It continues.”

Sadly stuck on tarmac at Heathrow for at least an hour. No space for us to park. It continues… #britishairways #heathrowdelays

“Another non-update update. I have only seen 1 plane leave terminal 5 in the last hour. A long line of planes on the tarmac.”

Another non-update update. I have only seen 1 plane leave terminal 5 in the last hour. Long line of planes on the tarmac. #BA #Heathrow

“Stuck at Heathrow Terminal 5. No updates or staff around. Have been stuck on a plane for 1 hour, and now at the airport for 2.”

Stuck at Heathrow Terminal 5. No updates or staff around. Have been stuck in a plane for 1 hour, and now at the airport for 2 #ba #heathrow

If you are flying on British Airways from Heathrow or Gatwick airport cancel your trip and don’t go to the airport as urged by Alex Cruz of the airline. At the time of publishing this article, the BA’s IT system was down.