Summary: Jon Eric Ritzheimer, the man behind organizing an anti-Islamic protest in Phoenix, Arizona is now claiming that he has been hacked by pro-Islamic hackers.

Ritzheimer, who planned the controversial draw Prophet Muhammad cartoon contest rally in Arizona is upset and fears that his life is in danger because someone hacked him and his family and leaked their personal information over the Internet.

In a video uploaded by Ritzheimer on his social media profile he claimed that hackers have ruined his life by leaking his personal and financial information. The video was uploaded on 2nd June 2015.

The hacker behind leaking Ritzheimer’s personal information goes with the handle of Radical Edward from G-Force Family.

We have got the data and after scanning we have found it to be legit.

The Radical Edward hacker also left a brief message on the leaked data, bashing Ritzheimer for organizing such a hateful event.

Jon you are the exactly what’s wrong with America. You call yourself a patriot. Freedom and liberty for all, unless you are a Muslim of course. Freedom of speech? Exercising your 2nd ammendment to protect your 1st. This is about none of that. This is about you and your racist friends being BIGOTS.

The hacker kept on bashing Ritzeimer and even told him to die slowly:

You make me sick Jon. If you really stood for America and freedom you would be marching on Washington not a Mosque in AZ. This has to be one of the most ignorant displays of Murican Radicalism I have ever seen. You are the true terrorist not the people you rally against. Please go die slowly in a dark hole alone you piece of shit.

Here is the video uploaded by Ritzerimer on his Facebook profile:

Though we are also against such rallies but at the same time we respect people’s privacy and for that we will not share the leaked data on our platform. 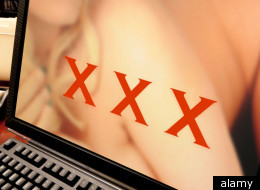