Today, Thursday, March 5, the LCSO’s website has been hacked again by same group making it a site getting hacked twice in one week.

According to Sheriff’s spokesman David Moore, the site was “defaced in a similar manner” with same message by hackers who hacked it couple of days ago.

The official Facebook page of LCSO has also issued a statement announcing that site will be down for several days while the department will coordinate with the Larimer County Information Technology department to make the website more secure. 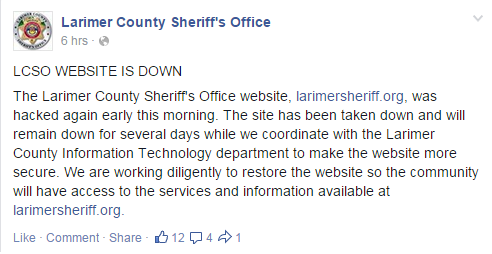 At the time of publishing this article the LCSO (www.larimersheriff.org) website was down and redirected to Larimer County’s official web page (www.larimer.org). The country’s website is now providing the Sheriff Office’s services until the original site comes back after maintenance.

Click here to read how LCSO website was hacked couple of days ago and what anti-government messages were left by hackers. 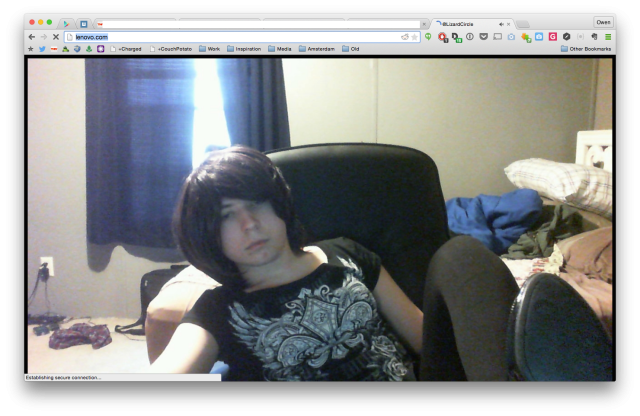