It is still unclear who is behind these cyberattacks.

Two of the most popular flight tracking websites, Flightradar24 and PlaneFinder had their service disrupted after consecutively suffering multiple cyberattacks.

Flightradar24 was attacked thrice in two days, whereas PlaneFinder was attacked multiple times. PlaneFinder took to Twitter to confirm the news and asked its users to remain patient as they are trying to fix the issue.

If you’re having issues accessing Plane Finder this morning, thank you for your patience. We are working hard to counter the attack we are under and will bring Plane Finder back to full service as soon as we can.

Hackread.com can confirm that PlaneFinder users could not access live feeds as the website was offline around 12:40 PM (GMT) Tuesday. However, at the time of publishing this article, the service was back online. 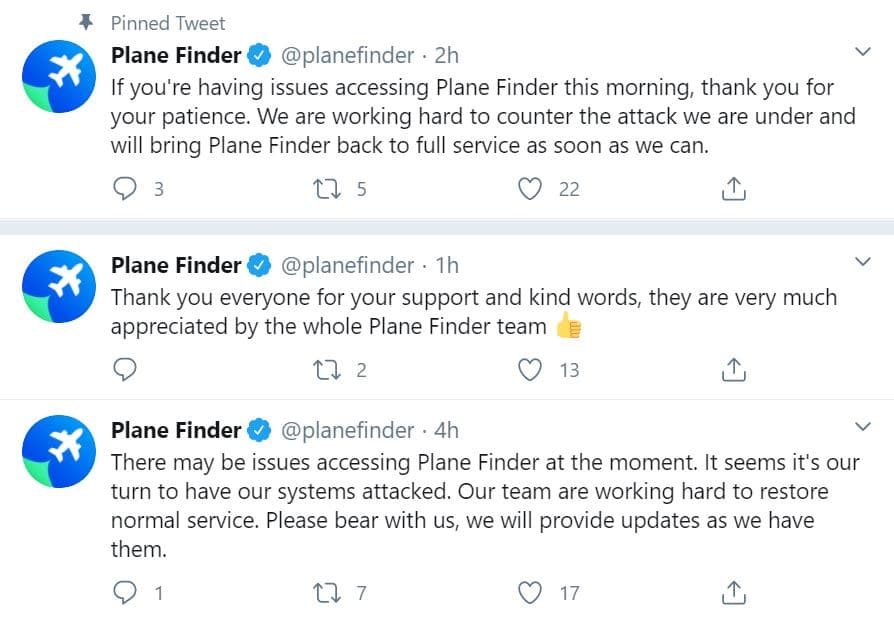 For your information, Flightradar24 and PlaneFinder allow users to monitor real-time air traffic at all major airports around the world.

Both platforms are immensely popular among aviation enthusiasts and travelers worldwide. For instance, both websites have millions of registered users and thousands of flights are daily tracked through them.

In a series of tweets, Flightradar24 stated that after suffering three cyberattacks, they struggled to resume their service. The website was back online on Tuesday, but there are complaints of loading issues. 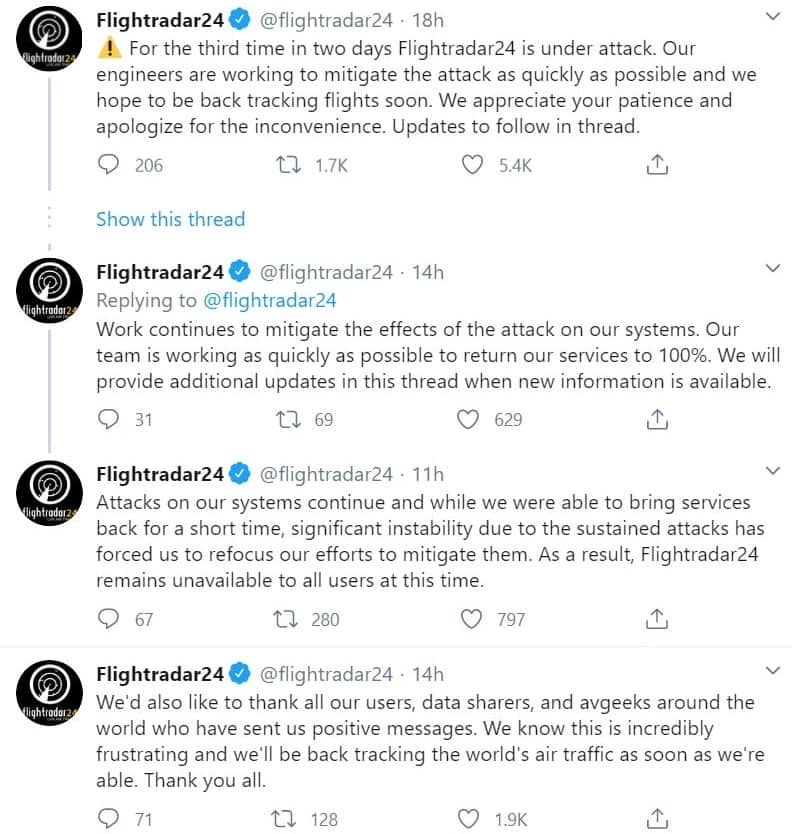 On the other hand, Plane Finder tweeted that its team is still working hard to fully restore its services.

“There may be issues accessing Plane Finder at the moment. It seems it’s our turn to have our systems attacked. Our team is working hard to restore normal service. Please bear with us, we will provide updates as we have them.”

Launched in 2009, PlaneFinder allows its registered members to share the MLAT and ADS-B data through the site’s ADS-B Client. The site also supports VFR charts. It was the first to launch a replay feature in its flight tracking app to let users replay fights from as far back as 2011.

Although it is unclear why these services were targeted, Hackread.com has contacted both platforms for their side of the story. Therefore, this article will be updated based on their response.