Microsoft, at their Windows 10 Devices event in New York, unveiled the pricing and availability of the HoloLens Development Edition. During the event, in the Project X-Ray platform segment, the worker also demonstrated in front of the audience that what their newly developed untethered wearable holographic computer could achieve.

For those readers who don’t know, HoloLens provides its users with the new medium to express their creativity as well as the ability to interact with three-dimensional holograms in reality. Using this world’s first unstrapped wearable holographic computer, you can visualize your work in a way that is more effective and share your ideas with others in a real life.

Microsoft HoloLens does not work with a click of a mouse neither does it have any touch screen for input. It works by understanding your physical movements and voice, and tracking of your vision, allowing you to interact with the information and content you are working on.

Microsoft HoloLens is powered by the company’s newly released operating system Windows 10 because it is the first platform that has the capability to support holographic computing through APIs.  Using  the operating system allows the HoloLens to recognize gestures, gaze, voice and other environmental understandings. This makes Windows 10 one of the most powerful holographic platform.

In the event, Microsoft revealed and demoed Project X-Ray which has an amazing capability to transform your room into the gaming arena through HoloLens. They also demonstrated how one could transform your world with holograms and experience mixed reality entertainment, whether it is for designing, education or healthcare purpose.

To provide you with an immense and real-life gaming experience, the Microsoft worker at the event showed that how HoloLens make use of X-Ray technology in order to analyse your surroundings and generate a wireframe of the barriers as well as the objects present around you that could then be used to spawn unique gaming levels.

Enjoy the images below: 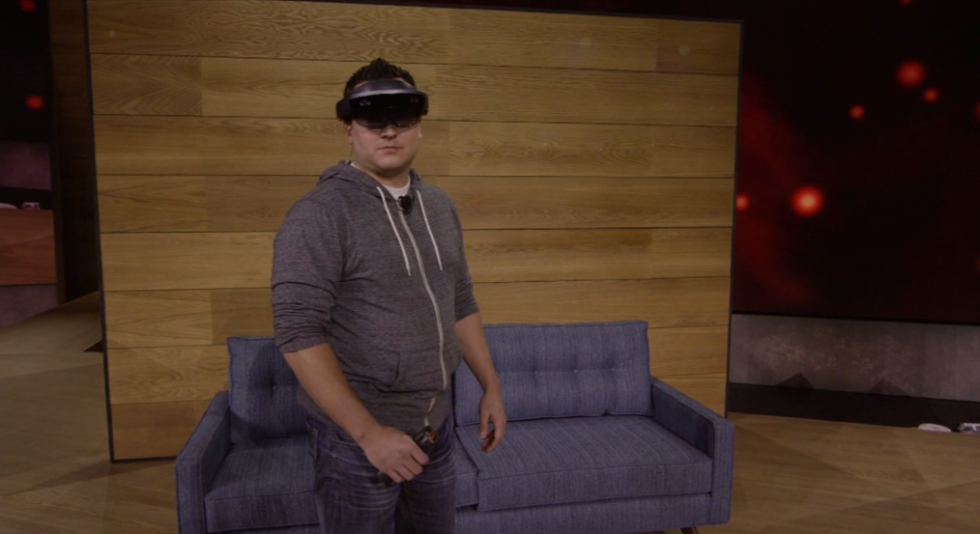 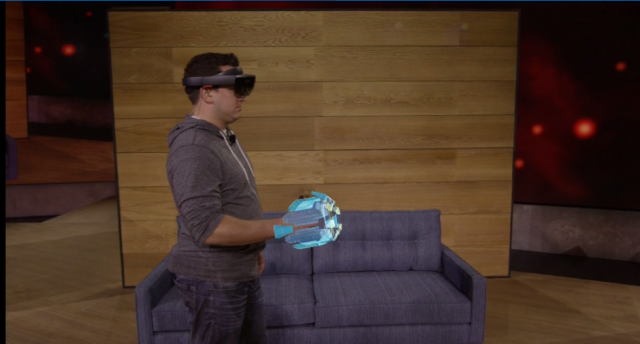 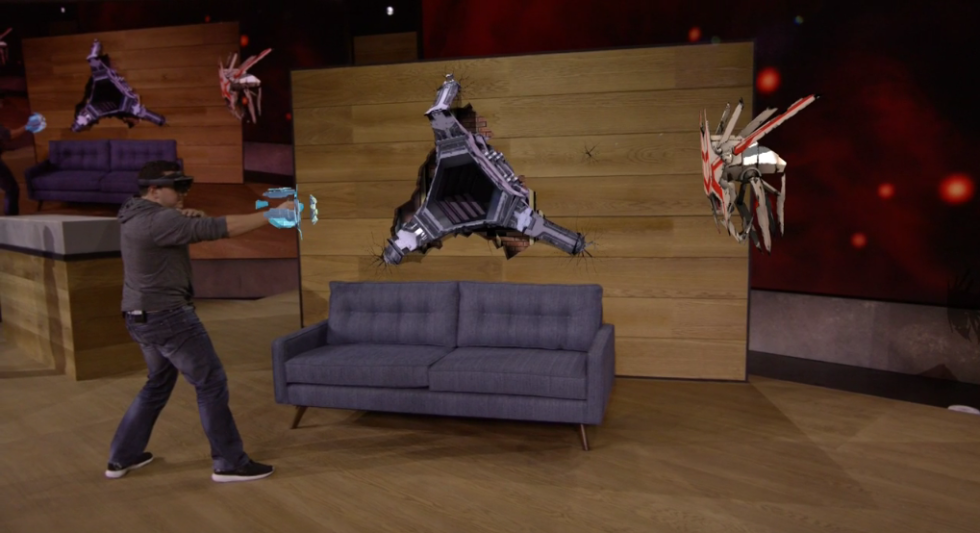 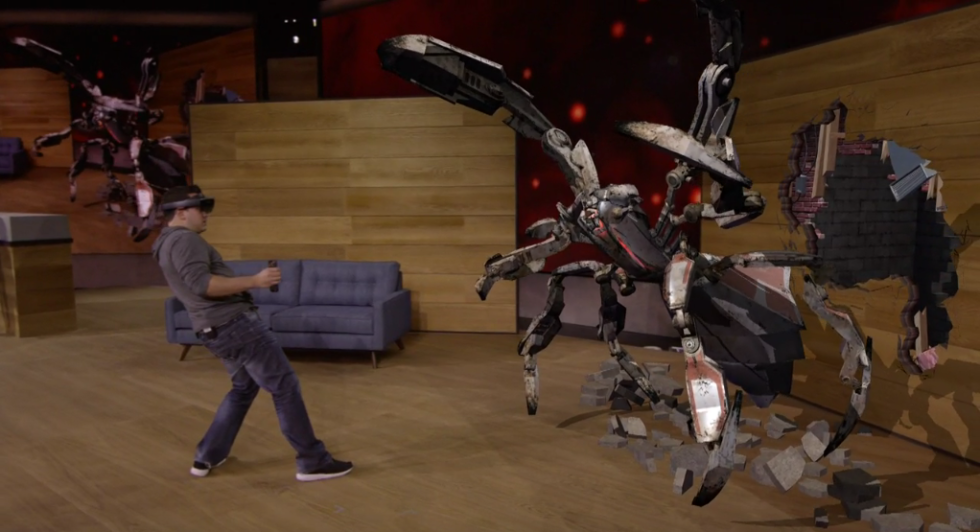 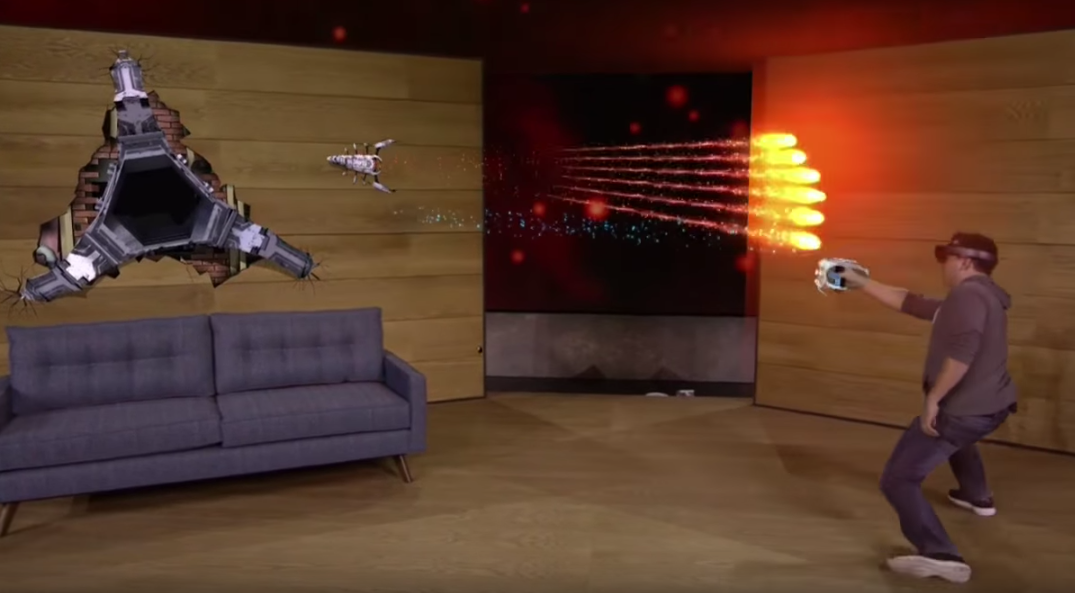 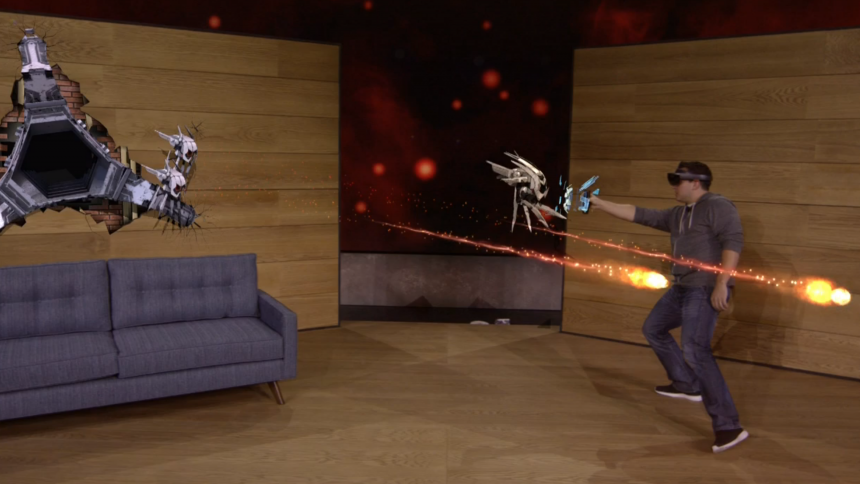 In the event, Microsoft also announced that they have started to accept applications for the Microsoft HoloLens Development Edition while the developer’s kit will be available for $3,000. The shipment for HoloLens to the qualified developers will begin from the first quarter of 2016.