The latest news is that Vachon-Desjardins pleaded guilty in an Ontario court on January 31, 2022, and has been sentenced to 7 years in prison.

According to court documents published earlier this month, Sebastian Vachon-Desjardins pleaded guilty to 5 charges. The charges include “theft of computer data, extortion, the payment of cryptocurrency ransoms, and participating in the activities of a criminal organization.”

Apart from the seven-year sentence, the accused agreed to partial restitution, a DNA order, and forfeiture of assets seized.

Vachon-Desjardins was implicated in seventeen ransomware attacks that caused a minimum of $2.8 million of losses to Canadian businesses. According to Ontario court judge G. Paul Renwick, the defendant was a significant player in all the offenses.

“The Defendant was not an insignificant actor in these and other offenses; he played a dominant, almost exclusive, role in these offenses, and he assisted NetWalker and other affiliates by improving their ability to extort their victims and disguise their proceeds,” said Judge G. Paul Renwick

Bitcoins Seized from the Accused

According to Canadian authorities, they seized up to 720 Bitcoins from the e-wallets owned by the accused since he converted the stolen funds into Canadian dollars. In some cases, Vachon-Desjardins received $100,000 to $150,000 in cash. At the time of his arrest, the accused had around $640,000 in cash and $421,000 in the bank.

It is worth noting that Vachon-Desjardins was previously sentenced to 3.5 years in prison in 2015 and received 4.5 years of jail time last week. He has an unrelated drug trafficking criminal record, and during the commission of these offenses, he was awaiting the disposition of his outstanding charges in Quebec.

How The Arrest was Made

The US Federal Bureau of Investigation tipped the Royal Canadian Mounted Police in August 2020 regarding a NetWalker ransomware affiliate residing in Gatineau, Quebec. The FBI advised Canadian authorities that the suspect was involved in ransomware attacks in different countries and has received more than $15,000,000.00 in ransom payments.

It is worth noting that NetWalker ransomware took on high-profile targets including Argentina borders service and Pakistani power supplier K-Electric, etc. However, most of its targets were against businesses in Canada and the United States.

“Defendant admitted to investigators that over 1,200 Bitcoins related to his NetWalker malware activities passed through his e-wallet and were shared with his unindicted co-conspirators and the developer of the NetWalker ransomware. As well, Defendant admits that his entire ransomware activities involved over 2000 Bitcoins,” Judge Renwick wrote while sentencing the accused.

The judge also noted that Sebastian improved upon NetWalker’s ransom messages and convinced the group’s creator to use ‘mixing services’ to hide funds paid as ransom in bitcoin.

Russian admin of cybercrime marketplace Deer.io jailed in the US 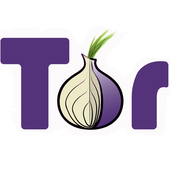