Neuroanatomy of Facial Processing Decoded – by Reading Minds of Monkeys

Scientists have achieved one of the most impressive attempts of mind reading to date. Their goal was to show different human faces to monkeys and then scan and record their brain waves in order to figure out how monkeys, and therefore humans as well, recognize different faces.

This has been one of the toughest problems that neuroscience has ever faced. Now, thanks to this experiment, the thoughts that were once deep and inaccessible can now be free for scientists to explore. California Institute of Technology’s Doris Tsao, who was leading the experiments, thinks that this attempt will have much more practical consequences.

She told The Guardian that we can’t describe face with words, but instead, we can only give the harshest description of some of its features. If scanning the mind could help reconstruct the complete face, this could prove to be of great help to the police that’s trying to reconstruct the face of a criminal. It would be enough to scan witness’ brain, and the face of the suspect would appear on the screen. This is the first time that scientists got so close to understanding one of the higher functions of the brain. 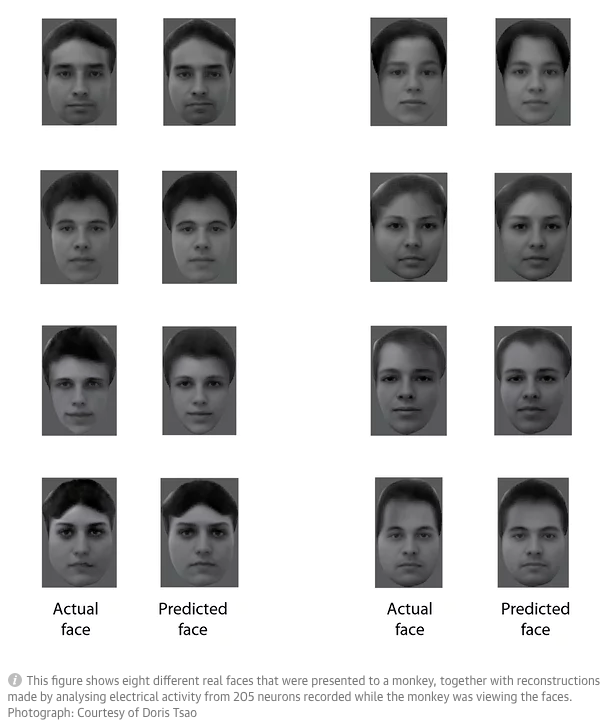 University of Leicester’s neuroscientist Professor Rodrigo Quian Quiroga has commented on the achievement and said that it could be considered evolutionary. It solves a mystery that has bugged scientists for decades.

The question of how a brain can recognize different faces first appeared back in the 1960s. Back then, one of the neuroscientists from the US, Jerry Lettvin, believed that our brains have something called ‘hyper-specific neurons,’ that are a special kind of neurons capable of responding to some of the more specific objects. They became known as ‘grandmother cells’ since the idea was that the neurons would fire after a person sees their grandmother.

Recently, the scientists have discovered clusters of neurons that are only used for remembering and recognizing faces, and they called those ‘face patches.’ However, they still couldn’t understand how they work, and how they recognize different faces. So, despite the discovery, they were back to ‘grandmother cells.’ This discovery, however, completely kills that theory.

The scientists now think that brain relies on some math to remember faces and that this function can be presented with an algorithm. Tsao and a colleague of hers, Steven Le Chang, discovered this rather accidentally, after an attempt to find a way to convert images of faces into numbers. They first created faces from dots, and they did this for thousands of faces. They then saw which 25 measurements between these dots allowed the reconstruction of faces in the database.

The most useful measurements were very abstract, and the numbers that they got reflected a mixture of info, like the distance between the eyes, as well as the height of the forehead, and alike. Other characteristics, like eye color, skin tone, etc. were explained with the second set of 25 numbers.

It turned out that Tsao, by accident, picked up almost the exact scheme that the brain uses for recognizing faces. She then later recognized that this method is the best way to convert faces into numbers when it comes to a mathematical approach.

The next part of her research involved developing an algorithm that decoded the previously unknown faces from neural responses that were recorded from the brains of two monkeys. Around 100 neurons were activated in monkeys’ brains, and their pattern recreated almost identical images to those that they’ve seen.

Tsao believes that this discovery might lead to similar breakthroughs and answer other questions that posed a problem to scientists for years. As for other uses of this method, and whether it can lead to things like mind reading against someone’s will, Tsao says that she doesn’t relate to that. She says that she’s just satisfied to have found an answer to one of the bigger questions of the modern neuroscience.

Source: Cell | Via: The Guardian 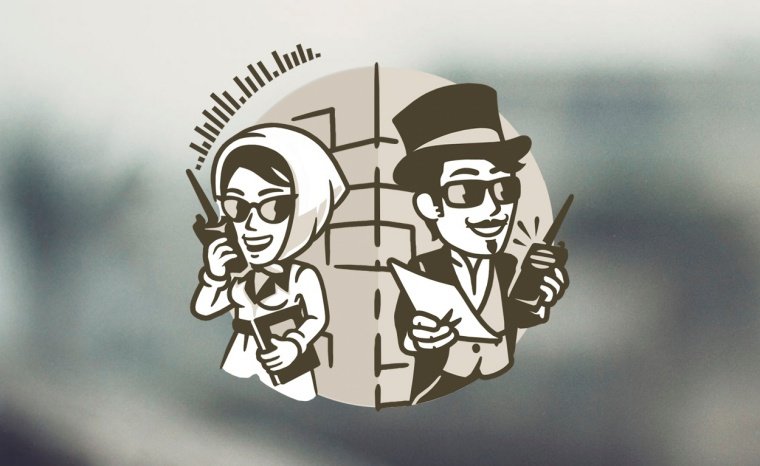