Spammers are taking advantage of the various online petitions against the recent news about the alleged arming of the Syrian rebels by the US to trick Internet users to disclose their personal information, according to media reports.

In response to the US involvement in the Syrian civil war, wherein the US intervention and its support to the fighting rebels has met with sharp criticisms across the Gulf region, several online petitions were launched asking the US administration to stop its interference in domestic affairs of Syria. In guise of these online petitions, there are several bogus petitions that have been launched by the spammers to harvest names, email addresses and other such information that can be used by them for their own campaign. Experts from Malwarebytes have reported numerous fake petitions. One such false spam claims that the petition will be delivered to the US House of Representatives, the Senate and Barrack Obama.

In yet another fake petition, the users are baited to win an Amazon gift card.

While most of the sham petitions seek only the email addresses and the user names of the internauts, experts do warn the users to be wary of signing any such petitions which could trick users into installing any malwares. 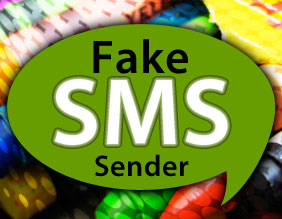 Nathan Collier of Webroot ThreatVlog, talks about an old, but still active, SMS Fake Installer, a Russian based…
byWaqas