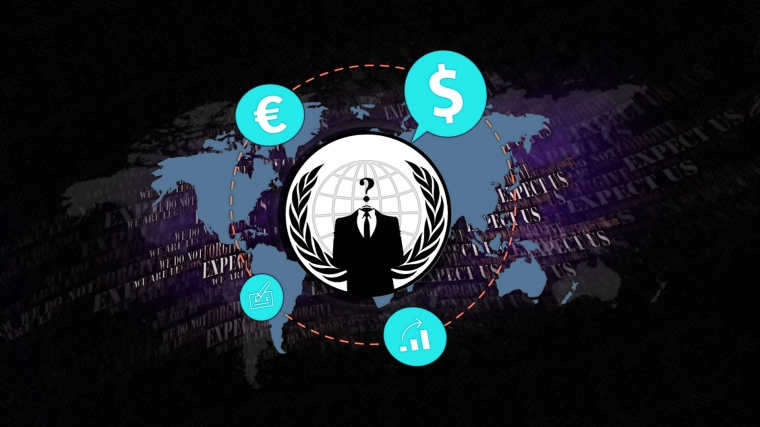 Anonymous, BannedOffline group and Ghost Squad are still conducting short term cyber attacks on banking sites around the world — Here is an update of their recent attacks!

After a short break, Anonymous, BannedOffline and Ghost Squad are back in action — Their latest targets to face the fury are banking websites in Jordan, South Korea, Monegasque and Montenegro. All attacks were conducted under the banner of operation OpIcarus.

The online hacktivist groups have conducted a series of distributed denial-of-service (DDoS) attacks and forced the website of Central Bank of Jordan, Central bank of South Korea and Bank of Compagnie, Monegasque to stay offline for about half and hour while the Central Bank of Montenegro was down at the time of publishing this article.

In a conversation with HackRead.com one of the attackers explained that:

“Montenegro is at the heart of elite political corruption. Most of the ISIS/ISIL terrorist group looted money flows through Jordanian banks and South Korea is pretty much a US army base in the Asia-Pacific. Sites are staying offline for much longer periods now as more people are joining in the Operation. All targets so far have been central banks and no innocent people were harmed. We aim to keep it that way. OpIcarus will continue.”

Operation OpIcarus was relaunched in March 2016 however it gained popularity recently. Since the relaunch, Anonymous and Ghost Squad has conducted some massive DDoS attacks on banking and financial institutions worldwide. The previously targeted websites included the bank of Greece, the central bank of Cyprus, Dutch Central Bank, Central Bank of Guernsey and Maldives Monetary Authority (Central bank and banking regulator), Central Bank of Bosnia and Herzegovina.

Click here to go through HackRead’s previous coverage on the operation OpIcarus.

At the time of publishing this article, all targeted sites were restored except the Central Bank of Montenegro domain which has been facing outage since it was attacked on 11th May 2016.