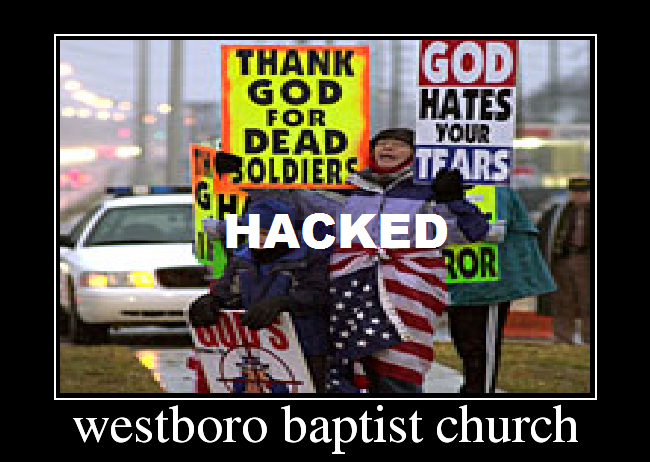 The official website of Westboro Baptist Church [godhatesfags.com] was hacked and private information was taken away by Anonymous hackers.

Earlier in a video message, Anonymous warned Westboro Baptist Church against their conversational protest planned for Obama’s visit, the hackers also criticized the Church for protesting during military funerals throughout the United States.

According to the video message:

The ChristianPost reports that, private information of Church’s administration was also taken away by the hackers. The information contains address, emails, telephone numbers and other private data.

The leaked data is available on following link:

Obama is expected to visit Newtown, Connecticut,where 20 children aged six and seven years old, as well as six adults were gunned down by a shooter on Friday morning at Sandy Hook Elementary School.