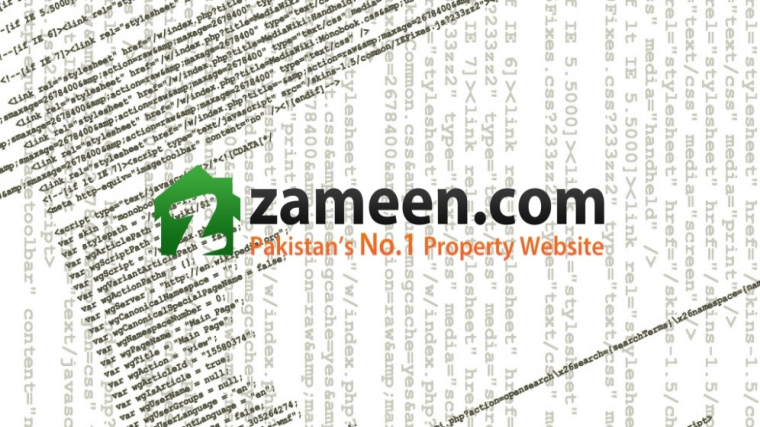 The hacker leaked entire database of Zameen — However, he has now deleted the file along with his Twitter account!

A Bangladeshi hacker going with the handle of Tiger Mate has hacked and defaced one of Pakistan’s largest real estate websites Zameen.com. That’s not all, the hacker has also leaked the site’s entire database online for public access. 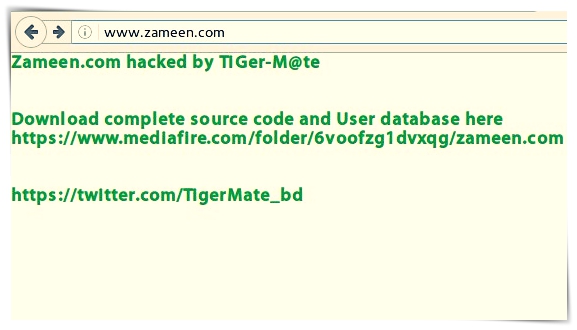 Screenshot left by the hacker on the site’s homepage.

The hacker also leaked an internal screenshot for public showing that he had access to the site’s database. The date on the screenshot shows the breach was conducted just a few hours ago:

Tiger Mate who previously hacked several Google.com domains claims that there was no political motive for hacking the site as he had already warned Zameen.com’s team for poor site security but his warnings were ignored and no action was taken to secure the site forcing him to take things in his hands.

“My friend warned them few days ago but they ignored, it’s time for Zameen.com to take its security seriously.”

Though the message has been delivered to Zameen.com the hacker wants no damage to the registered users, therefore he has decided to delete the dumped data. However, it seems like a late move has data may have been downloaded by many.

Zameen rates 77 in the list of most visited websites in Pakistan. It is the leading online real estate database that connects real estate dealers, developers, estate agencies with general buyers, sellers and renters in Pakistan. The site lists properties for sale and rent and has an active blog, news section and a forum.

Link of targeted site along with its mirror as a proof of hack is available below:

At the time of publishing this article, Zameen.com was available online. However, if you want to know Zameen.com’s version on this breach stay tuned as we have contacted their team and waiting for a response.