A group of pro-Palestinian hackers took over the official website of Radio Tel Aviv (TLV) on Sunday and left a deface page on the homepage showing anti-Israeli messages.

A group of Palestinian-friendly hackers going with the handle of AnonCoders hacked and defaced the official website of Radio Tel Aviv.

Hackers left a deface page along with messages both in support of Palestine and against Israel and Zionism.

The Israeli newspaper YT News reports that the deface page uploaded by the group remained on the Radio Tel Aviv’s website for more than a day after it was removed by the site’s admin. However, the Radio transmission remained unharmed.

The message on the website described why the site was targeted:

“Because we are the voice of Palestine and we will not remain silent. And our main target is Zionism and Israhell, if you are asking why your website got hacked by us, it’s basically because we want to share our message.” 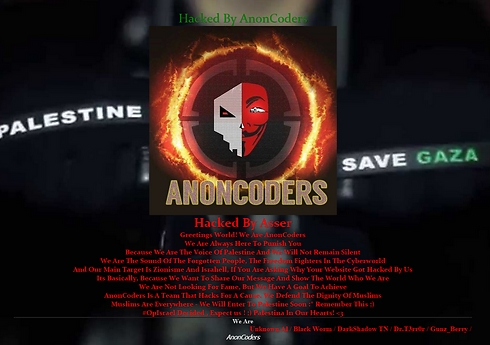 This is not the first time when pro-Palestinian hackers took over an Israeli entertainment service provider. In the past, the cyber wing of Hamas hacked the official TV broadcasts of Israeli Channel 2 and Channel 10 for a short period of time.

In March 2014, Al-Qassam hackers from Palestine compromised the IsraelDefense magazine database and its website, to launch SMS attack on Israeli journalists.

A hacker going with the handle of Mr.H4rD3n hacked and defaced the official website of Embassy of Azerbaijan to Russia…
byWaqas