The United States is now blaming the Russian hackers for hacking computers at the Pentagon.

The United States military officials believe Russian hackers are behind the recent security snooping of the Pentagon’s unclassified emailing server that was being used by the Joint Chief personnel.

The cyber-attack affected the emailing accounts of about 4,000 military officials, confirmed by a U.S. official familiar with the hacking attempt. 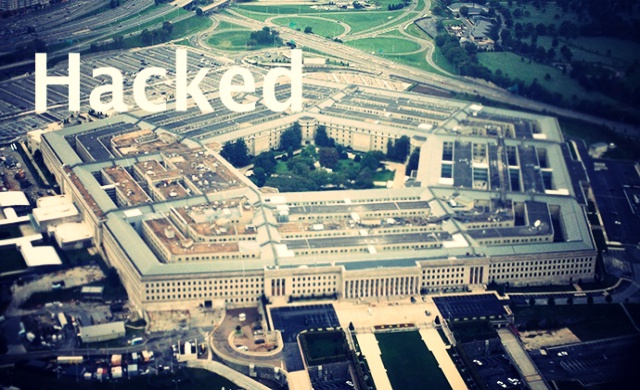 The cyber security officials over at Pentagon reported that it was a spear phishing attack onto the Pentagon’s unclassified Joint Staff emailing system, compromising the email credentials of over 4,000 military and civilian personnel.

The attack originally took place about a week ago on around July 25th and was targeted towards the Defense Department network, leaving all the users without email access for over 10 days while the cyber security experts were trying to find the vulnerability and rebuild the network system.

According to the undisclosed Senior Officer at Pentagon, the cyber-attack was a “sophisticated intrusion” that can only be initiated “by a state actor” and was never seen before.

The spear phishing attacks are the emails that were sent to the military officials in an attempt to compromise their network credentials.

The targeted unclassified emailing network was being used by the Joint Staff and the hackers were trying to learn what they are up to. The targeted staff includes military and civilian personnel who works under the chairman of the Joint Chiefs responsible for military operations to their budgeting.

Typically, these phishing attacks force the targeted user base via email campaign that tricks them into launching a website infected with a malicious code, once a computer becomes infected, the malicious code further affects another computer that are on the same network.

So what we believe is a similar method must be used by the hackers to infect one of the computers within the Pentagon’s unclassified email network. Once infected, the malicious code works on its own to remotely access other computers and steal passwords and user credentials by logging keystrokes.

But the security officials claim that all the required cyber-attack protections were enabled and all security vulnerabilities were successfully patched. So there must be a possibility that the hackers used a zero-day vulnerability, which was not patched yet.

“It appears the cyber-attack relied on some kind of automated system that rapidly gathered massive amounts of data and within a minute distributed all the information to thousands of accounts on the internet.”

Officials also added that no classified networks were breached but still the phishing attack managed to breach the emailing server at multiple points. While the whole system was closed as soon as the security breach was detected.

Who’s Behind This Cyber Attack?

It is still not confirmed that who’s behind the hacking attempt but according to the media reports and the military officials, the two of the most likely suspects are China and Russia while claiming that the hackers were using encrypted social media networks for co-ordination.

Russia was also blamed for hacking White House computer in past

This is not the first time when Russian government-backed hackers have been blamed for a high-profile hack. In past, U.S. officials blamed Russian hackers for hacking an “unclassified computer” at White House and keeping an eye on Obama’s communications and daily schedule.

The FBI and the U.S. State Department announced the highest ever bounty of $3 million for information leading to the capture or conviction of alleged Russian Hacker Evgeniy Bogachev. This amount was the highest offered by U.S authorities in any cyber case. Bogachev was charged in the US with the crime of running a computer hacking network known as GameOver Zeus.